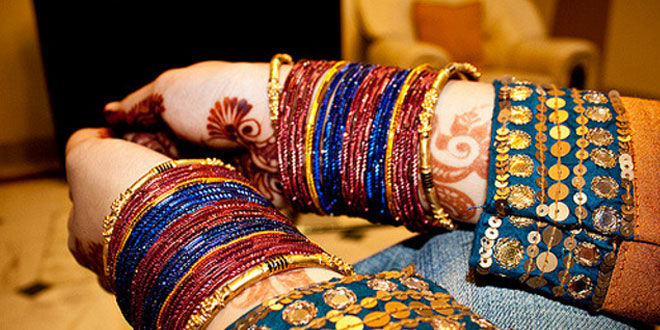 The festival of Karwa Chauth is celebrated by married woman in many parts of India, to commemorate their marital relationship. Fast is observed by the married women, to seek blessings of the Almighty and pray for the well-being, prosperity and longevity of their husband. The celebration of Karwa Chauth starts from the pre-dawn time, when the married woman would take bath, worship the Almighty and have sargi (food prepared especially for the festival) in pre-dawn. Thereafter, they would observe a stringent fast for the wellness of their husband. All through the day, they would not consume a drop of water, unless the fast is broken in the evening.

While fast plays a prominent part of Karva Chauth, songs, narration of katha and puja are equally important. The narration of katha (story related to Karva Chauth) takes place during the puja, while women sing songs in the praise of the festival. It is a well known fact that the festivities of Karwa Chauth revolve around one and only cause – the wellness of husband, the significant half of a married woman. However, it is interesting to know that apart from it, there exists another thought, which finds a prominent place in the history of Karwa Chauth. If you want to get some interesting information on the history and origin of Karwa Chauth, then go through the following lines.

Karwa Chauth originated as a festival of social importance. Mythical tales were later on added to the festival. Celebrated by the Hindus in north and north-western India, the idea behind Karwa Chauth sounds very noble. Originally, a custom started, according to which, when a girl is married, she befriend another woman in her in-law’s residence. The woman would be regarded as her friend or sister for her life. This relationship was fondly called god-friends or god-sisters. The friendship between the two women was sanctified through a small Hindu ceremony, at the time of marriage of the girl. Once the bride and the woman in her in-law’s home were declared god-friends or god-sisters, they would have to maintain the relationship for the rest of their life.

It was said that the woman would support her god-friend / sister all through the complexities of the latter’s life, even if the matter is related to the husband or in-laws. The two women would confidently approach one another to solve the problems of their lives. Karva Chauth was started to commemorate the relationship of the god-friends / sisters, which later on came to be known as a ceremony wherein married woman observe fast for the well-being of their husband. Today, although the motive behind the celebration of the festival is predominantly related to the wellness of the husband, people still observe the occasion to honor the relationship of the god-friends / sisters.