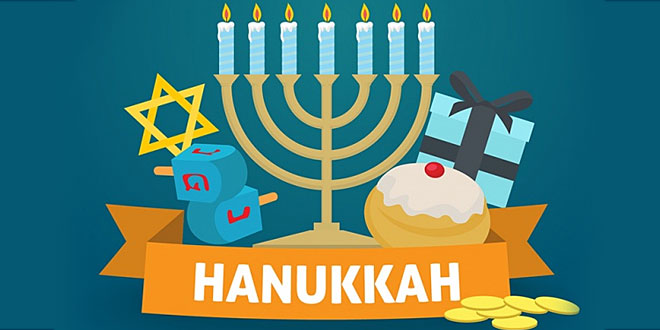 When the talk is about the festival of lights and goody food, as in Hanukkah, the first thing that strikes the mind is undoubtedly the Dreidel playing tradition. Dreidel is a 4-sided spinning top, consisting of a distinctive Hebrew letter on each side. In America, the letters stand for “A Great Miracle Happened There”. The Hanukkah tradition of playing Dreidel is not new. There is a definite story that links this game with the festival. History and tradition narrate that the art of playing the game existed even before the famous mutiny against the Greeks took place. When the Jews were under the authority and dictatorship of the Greeks, they were treated with much cruelty. In fact, they were even prohibited to follow their own beliefs and customs.

Under Greeks, even the study of Jewish Holy script – the Torah was prohibited. This evoked much anger and annoyance in the mind of the local people. As an act of protest, Jewish followers started studying and preaching their customs and traditions in secret. The Rabbis used to take classes underground, posting some children outside to watch. To avoid the attention of the Greek soldiers, the children were told to play with the driedel. Content that the Jews were following their orders and not studying the Torah, the Greeks would go away. In this way, this unique game helped Jews in preserving their inherent culture and traditions and became associated with the festival of Hanukkah.

In this game, an equal number of coins or candies are distributed among all the players and each player is asked to keep aside a certain proportion of their amount or candy pieces and put them into the “kupah” or kitty. Thereafter, each player is asked to spin the dreidel, which falls on one of the 4 letters. If it falls on the Nun, it means “no win and no loss” (no don’t get any more money, but you don’t lose money either). If you are lucky to have the dreidel on Gimmel, you take away everything from the kitty. If your dreidel falls on Hay, you can take half portion from the kitty. For those whose dreidel comes on Peh or Shin, they lose everything that they have deposited. The game continues till the players lose everything they have.