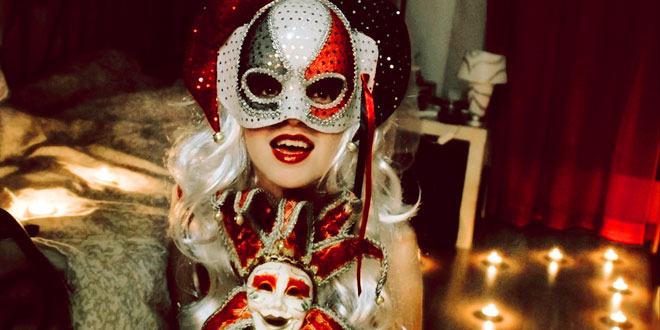 The distinct Halloween humor can be an amazing way to enjoy the Celtic festival. There are jokes on every occasion, and so is true for the spirited festival of Halloween as well. In fact, Halloween humor can have many shades; it can be spooky, slapstick or attacking. People also play funny and scary tricks on each other, on this day, adding yet another flavor to the extensive variety of humor associated with Halloween. The article brings you some very famous Halloween jokes. Explore them for a hearty laugh and make the Halloween holiday even more fun and entertaining for you.

A loving young couple was invited to a fancy dress and masked Halloween Party. The wife got a terrible headache on the last moment and so she requested her husband to go alone. He did so, only after her persistent requests. However, an hour of sleep cured the wife and she planned to check out on her husband who didn’t knew about what mask she was going to wear. As she joined the party, she soon spotted her husband in the batman costume, flirting with the divas of the night and pecking any that comes his way. The wife being a seductive babe herself started flirting with him as an utter stranger letting him go to any length; since he was her husband.

Finally, with a seductive proposal, the batman took the young lady to a cozy room where they had much fun. However, the wife was careful enough to slip away before unmasking at midnight, thinking about all the lame explanations and excuses her husband would come up with. Finally, when the husband came in at last, she asked in a controlled tone, “Had fun, darling?” Her husband said rather lovingly, “How could I, without you, hon? I met Pete and Bill on the way and went to the club to play poker. However, the guy I loaned my costume real had some great fun!”

A music scholar was touring through a graveyard in Vienna (Austria, Europe) when he heard music coming out of a grave. On inspection, he found the headstone as Ludwig van Beethoven, 1770-1827. The music was the Ninth Symphony being played backwards. He soon rang up a friend who came in time to hear the Seventh Symphony being played backwards. They hurried to call an expert who hurried to them to hear the Fifth Symphony playing backwards. All the more weird was the fact that symphonies were being played in the reverse order in which they were composed. When the caretaker of the graveyard heard this, the only comment he made was, “What’s the wonder! He’s just decomposing!”

One Halloween night, two friends were walking through a graveyard where they were frightened to death as they heard a tap-tap-tapping noise from a grave. When they approached the grave cautiously, they were relieved to see an old man with a hammer and chisel working dexterously at one of the headstones. They heaved a sigh of relief and said to the old man, “Why are you working so late this night, old man. You almost scared us to death. The old man groaned and grumbled, “What am I to do? Those fools misspelled my name!”

A kid came up with a bright idea to dress up as an IRS Agent. This way he could take 28% of the man’s candy and leave without saying ‘Thank You!’.

Once a young assistant to an orthopedic surgeon was taking a display skeleton in her car to the doctor’s office. At the red light, she noticed everybody staring her curiously. She smiled and tried to explain, “I’m taking him to the doctor.” An old lady said kindly, “Poor dear! You are too late, don’t you think?”

One Halloween, a witty kid dressed up as ‘Rocky’ in boxing gloves and satin shorts. After a round, he went on to the next round. When the neighbors asked him hadn’t he come before, he replied innocently enough, “Yes, but I am the sequel this time and I have three more rounds to go.” 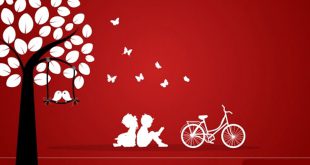