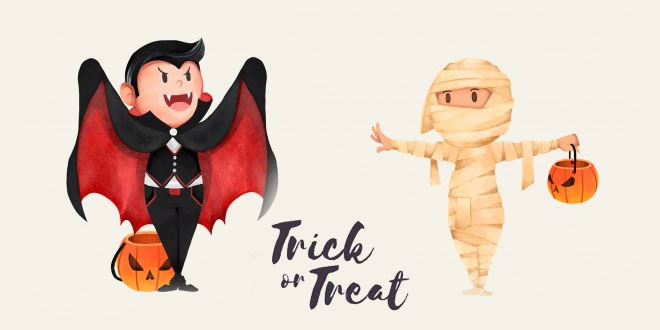 Halloween has derived its customs from the traditional practices of the Celtic people, who lived in what is today known as United Kingdom and parts of Western Europe. They held huge celebrations near the end of the month of October, marking the end of summer season. Gradually, the celebrations spread across other parts of the world. However, different countries of the world celebrate Halloween in their own varied ways. The roots of Halloween customs are deeply entrenched in the traditional practices of the Scottish and Irish people.

Halloween, basically, originated in Scotland and Ireland as “All Hallow’s Eve”. The youths of agrarian societies in the two countries celebrated it as the occasion to indulge into foretelling of their marital prospects, using crops. With time, these casual games turned into customary Halloween rituals. Scottish youths used to go out in the night of Halloween blindfolded. They would pluck the first colewort (a type of cabbage) that came their way, along with the roots. The length of the stalk was used to determine the height of the future spouse and the amount of earth clinging to the roots was thought to be the indicative of the wealth and prosperity of the couple.

Some youths would even hang the stalks over the door and would try to guess the names of their future spouse from the first names of the people who entered or left from the door. Scottish women also used to place two nuts in the fireplace. They named the nuts after themselves and their boyfriends. This Nut Cracker ritual was believed to indicate the faithfulness and loyalty of the couple towards each other. The nut that jumped or cracked was thought to be indicative of unfaithfulness of the person after whom it was named. If both the nuts burned silently and simultaneously, the couple was said to be faithful.

Jack-o’lantern has its origin in a legend of Ireland. There was an old man called Jack, who had never done a good thing in life. He would just drink and play pranks upon people. Thus, he was a favored servant of Satan. However, once when Satan was about to win over God, Jack tricked him into defeat. After his death, he could not enter the heaven, because of his evil ways. He went to Satan for help, who only threw a burning coal on him. The coal landed in the half-eaten pear (another version cites turnip) of Jack, and thus, it became the first lantern of Jack or Jack-o’lantern. In United States, pumpkins replaced pears / turnips, as they were bigger and easier to hollow out and were readily available. Pumpkin carving and making Jack-o’lanterns are popular activities of Halloween.

An old custom of Halloween, which was meant to be fun, but was dangerous, involved hanging a stick horizontally from the ceiling, using string. On one end, an apple was hung from the stick, while on the other end was a lighted candle. The stick was twirled rapidly and then left to unwind the string on its own, while the guests used to leap up and bite the apple

In some regions of Scotland and Ireland, Halloween celebrations were started by kindling fire on top of hills and plains by young people, which is known as “Halloween Bleeze”, as a part of the holiday ritual. In the past, a circular trench to symbolize sun surrounded these sacred bonfires. Then, youth kindled faggot, made up of heath

Pumpkin burial is an age old Halloween tradition. Carved pumpkins begin to decay very quickly and do not last a day or two after Halloween. These dying, rotting corpses have a foul smell, attract flies and need to be discarded soon. But, it seems so cruel to just let the hard-worked Pumpkin faces be thrown into trash 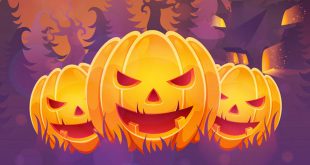