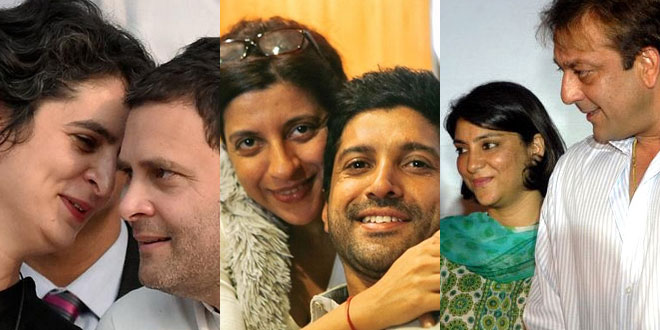 Raksha Bandhan is the most sacred festival of India, which celebrates the pure love of a brother-sister duo. This festival makes siblings remember the time they have spent together, playing with, fighting and helping each other. Those childhood days become fresh and alive once again on this occasion. The love of brother and sister is the purest of all and Raksha Bandhan gives you an opportunity to show your feelings towards your sibling. There are many Indian brothers and sisters who are very famous and also very close to each other. A few of them have been listed below.

Previous How to Make Rakhi at Home
Next My Sister, My Best Friend: Rakhi Special Poem