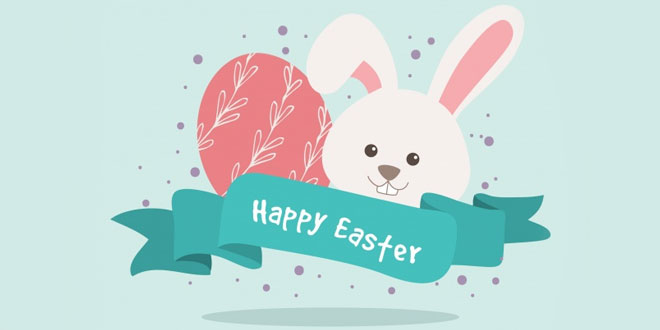 Since Easter coincides with the advent of spring season, the celebrations are very colorful. Easter Bunny and the beautifully eggs brought by the legendary character add to the color and vibrancy of the festival. On the night before Easter, children eagerly wait for the furry bunny to bring colored eggs and gift baskets filled with toys and chocolates, for them. Easter Bunny of Easter is similar to Santa Claus of Christmas, because both bring gifts to children, on the Eve of the respective festivals. In fact, Easter bunny is one of the most adorable Easter symbols.

The origin of Easter bunny can be traced back to the ancient Pagan settlements. They regarded rabbits as symbols of fertility, because the animal gives birth to multiple offspring at a time. Since rabbits were fertility icons, they became symbols of the rising fertility of the Earth, at the Vernal Equinox. Ancient tribes celebrated the beginning of spring at the Vernal Equinox, by blessing seeds for growth and placing colored eggs on an altar. Therefore, it can be said that Easter Bunny has its origin in the ancient Pagans.

Another story, connected to the origin of Easter Bunny, is also related to an ancient Pagan legend. As per the legend, Goddess Eostre – the most worshiped Pagan deity – retrieved a wounded bird in a snowy forest, during a winter season. To help it survive the chilly winter, the Goddess turned it into a rabbit. However, it was not a complete transformation of the bird to a rabbit and hence, it continued to lay eggs. To extend its gratitude, the rabbit decorated its eggs beautifully and presented them to the deity, every spring.

However, many historical records suggest that the it originated in Alsace and Southwestern Germany, where it was first mentioned in German writings, in the 1600s. The American folklore was acquainted with Easter Bunny, when the German settlers, who arrived in Pennsylvania during the 1700s, introduced the legendary character to them. It was termed as the arrival of ‘Oschter Haws’, which was considered ‘childhood’s greatest pleasure’. The small kids believed that the Oschter Haws would lay a nest of colored eggs.

During the 1800’s, edible Easter Bunnies were made in Germany, in the shape of pastries made with sugar. It became a part of modern day Easter celebration in Germany, where tales were told of an “Easter hare” who laid eggs for children to find. They also baked cakes for Easter in the shape of hares, and may have pioneered the practice of making chocolate bunnies and eggs. Thus, Bunny is one of the prominent symbols of the festival as well as the funniest part of the celebrations. Easter gift galleries are swamped with cute stuffed bunny toys and confectionery shops do brisk business by selling chocolate bunny. 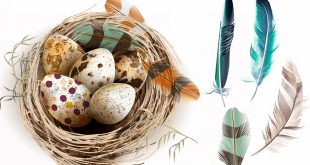