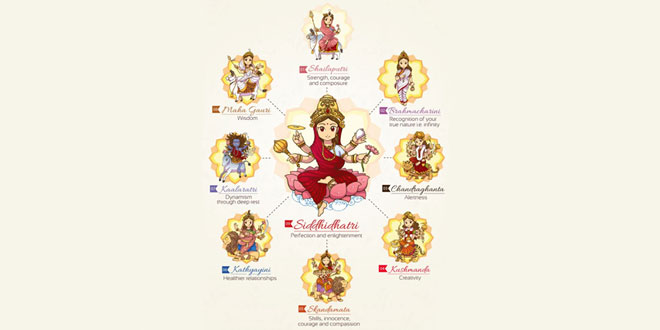 The festival of Durga Puja is celebrated with religious observance by the Bengalis all over the world. During the festive season especially in India, the nine forms of Goddess Durga are worshiped on the nine days, each symbolizing a religious significance. Named differently, each form of the deity had different goals, when they assumed their avatars. Worshiping the nine different forms of Durga is considered auspicious, because the deity brings the qualities of power, wisdom and courage to her devotees. In this article, we have given comprehensive information on the different forms of Durga.