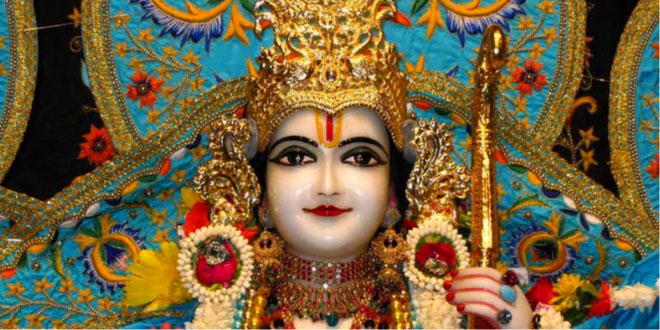 The birth anniversary of Lord Rama, which is known as Ram Navami, is celebrated in the month of Chaitra usually falling in March or April according to the Hindu calendar. The nine-day celebration during the bright fortnight of Chaitra month marks the birth day of Lord Rama.

Ram is considered to be the human incarnation of Lord Vishnu, the preserver of the universe. Lord Vishnu took the seventh avatar named Ram who killed the demon king Ravan who had become so powerful that even the Gods lived in perpetual fear of his might. Ram killed Ravan on this very day hence it is a day of double celebration for Hindu devotees.

In some parts of India, it is a nine-day festival, coinciding with the Vasanta Navaratri. Rama Navami is also a special day for the worship of Lord Hanuman, the ardent devotee of Rama. Offerings are made of fruits, flowers and sweets at the temples of the monkey God.

The fast of Ram Navami is considered to be one of the five most important vratas in the ancient Hindu scriptures. It is believed that by merely observing a day’s fast on Rama Navami, one can get rid of the accumulated sins of several past births.

On this day the celebrations begin with a prayer to the Sun God early in the morning. At midday, which is generally believed to be the time of Lord Rama’s birth, prayers are performed at homes and temples. In northern India especially, an event that draws popular participation is the Rama Navami procession.

The main attraction in this procession is a beautifully decorated chariot in which four persons dressed up as Rama, Laxman, Sita and Hanuman are seated. A huge mass of humanity follows the chariot, singing, dancing and playing musical instruments. In the evening the fast is broken by the devotees after aarti is performed in the temples.

Rama Navami is special because it celebrates the birth of a mortal king whose selfless life became an ideal for a whole civilization. Lord Rama who lived as an ideal son, brother, master, husband and king and who became God by sheer sacrifice and virtuous existence is remembered with love and devotion on this special day. 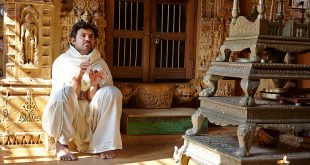