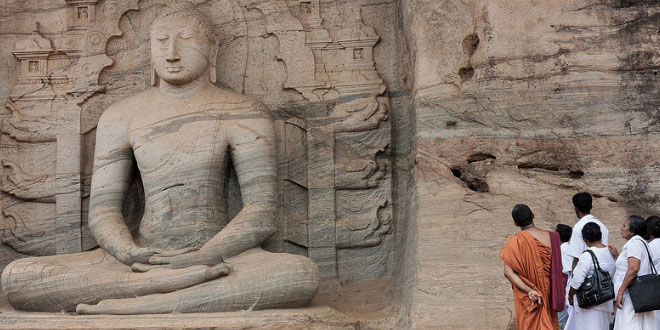 In the 2nd century B.C., King Kanishka sponsored a fourth religious council at Kashmir, at which the Sanskrit canon of the scriptures is said to have been fixed. This fixation was demanded by the new schism that broke between two radically different concepts of Buddhism, to become known as Mahayana (great vehicle) and Hinayana (small vehicle).

Kanishka promoted other changes. The relics of Buddhist saints came to be worshiped, images of Buddha were made objects of popular veneration, monasteries were opened to temporary residents and students who were taught secular subjects, and, in general, Buddhism was further transformed from an exotic cult to a religion of the many.

Until the rise of the Gupta dynasty around 320 A.D., Buddhism fairly held its own in India. But under the Guptas Hinduism became dominant. In spite of several brilliant representatives, the Buddhist religion declined on Indian soil – partly by absorption into the Hindu tradition which made Buddha an incarnation of its god Vishnu, partly by the Moslem invasion which was intolerant of Buddhist anthropocentrism, and partly by the exportation of the valid Buddhist spirit into Tibet, Mongolia, China, Java, and Japan.

Buddhism is practised by an estimated 488 million people as of the 2010s, representing 7% to 8% of the world’s total population. 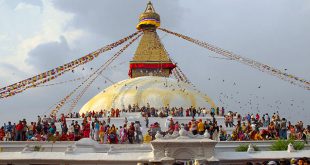