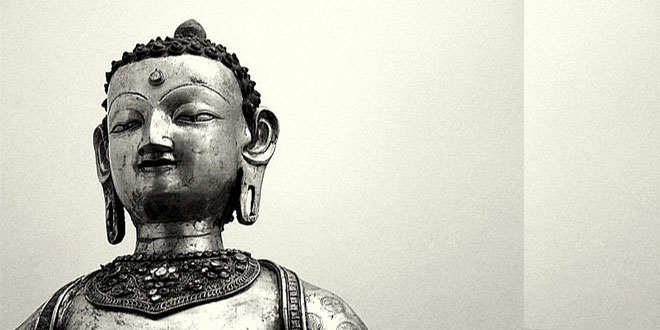 Vesak, commemorating the birth, Enlightenment and death of Buddha, is observed as a public holiday in many Southeast Asian countries. Specially in countries like India, Sri Lanka, Myanmar, Cambodia, Laos, Thailand.

In Japan and other Mahayana countries, however, the three events of Buddha are observed on separate days. In some countries the birth date is April 8, the Enlightenment date is December 8, and the death date is February 15.

Vesak is marked by special devotional services and various compassionate deeds in memory of the Buddha’s compassion. Buddhists show special zeal in performing such acts. Birds are freed from cages. Fruits and clothes are distributed among the sick and abstinence is observed on eating meat. These deeds all intend to be meritorious. For, it is believed that the blessings earned for a virtuous act performed on this special day are many hundred times greater than on other days.

The rituals include prayers, sermons on the life of Gautam Buddha, continuous recitation of Buddhist scriptures, meditation by monks and devotees, and the worship of the statue of Buddha. Offerings of incense, flowers, candles and fruit are made by believers, who prostrate several times in front of the idol.

The Bodhi tree is also revered. Its branches are decorated with garlands and colored flags. Rows of lamps are lit around the tree, and milk and scented waters are sprinkled on its roots. The mortal remains of the Buddha are taken out at the National Museum in Delhi for public viewing. Many people assemble there to offer prayers.

In India, the land of Buddha, every sect of Buddhism observes some distinctive rituals.

To the Tibetan Buddhists in the Himalayan states it is the day of sa-ga zla-ba. The celebration of the anniversary of Buddha’s birth, enlightenment, and death. The Mahayana Buddhists in India observe the day according to Tibetan calendar. All the three events took place on the 15th day of the fourth month of this calendar. In the monasteries of North East India, which follow the calendar, the lamas are engaged in recitations of the scriptures from early morning. They also observe the day with fasting, and charitable donations. While devotees visit gompas, light oil lamps in front of the statue of the Buddha.

In some parts the Mahayana Buddhists organize a colorful procession of monks with gyalings and rabdungs. Gyalings are small windpipes, while the rabdungs. Texts are also read from Kangyur, the Tibetan canonical collection of Buddha’s teachings. Many seminars and lectures are held in which eminent people participate. The poor and needy are given food and money.

The Theravada Buddhists offer ceremonial prayers to the idol of Buddha. They also donate clothes and food to Buddhist monks and the poor. At night, the Buddha vihar and its adjoining areas are illuminated with candles and oil lamps.

Despite this apparent diversity in observances of this great holy Day, there is a unity in the spirit. The spirit that reminds the Buddhists to spread the message of Tathagata and re-dedicate themselves to his teachings.