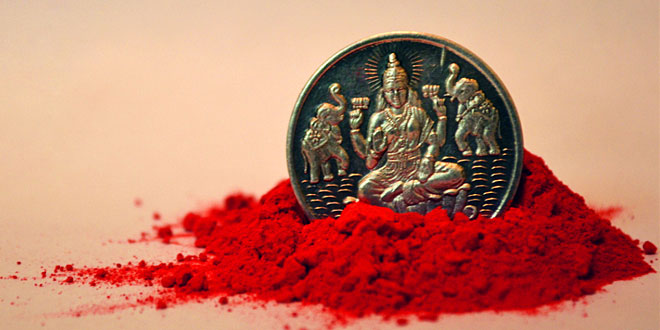 Akshaya Tritiya is one of the most significant days, both, according to the Hindu calendar and mythology. Calendar wise (traditional Hindu), it falls on the third day of the bright half of Vaishakha (late April – early May), when the sun and the moon are in exalted positions and at the peak of their brightness. Such a phenomenon happens only once a year and is astrologically considered the perfect time to start any meaningful endeavor. And per various mythological legends that are linked to the day, it proved to be nothing but fruitful to many: sacred river Ganga descended onto the earth from heaven, Lord Parashurama, the sixth incarnation of Lord Shiva being born, Pandavas getting unlimited supply of food from the Akshaya Patra, and Sudama getting blessed by Lord Krishna more than he could have asked for; all happened on this day.

Even according to the Sanskrit meaning of the word Akshaya: imperishable or never diminishing, the fruits that are borne on this day, keep on multiplying. It’s precisely because of this reason and another, according to which the day is ruled by the Preserver God Vishnu, that any venture: be it a business or any personal quest for self improvement; gets fulfilled positively. Lord Vishnu sees the intention and preserves what has been started, in the long run. On this day, people buy and wear gold: an ultimate symbol of wealth and prosperity, which is believed to invite the Goddess of wealth, Lakshmi, into the households. It’s even considered an auspicious time to make long term purchases in the form of gold or silver, real estate, diamonds and other precious stones, and shares and bonds.

Doing charity is one of the important aspects of Akshaya Tritiya and it’s believed that specific items donated on this day like land, gold, umbrellas, hand fans, cool refreshing drinks and activities like feeding the poor, feeding the cow and calf, bring in blessings from the above. Blessing the money or the material, mentioned above or any other, to be given out on this day multiplies many times over. Another significant aspect of this is the worship of Goddess Lakshmi with gold coins and other items kept in the Puja (ritualistic worship) makes the wealth accumulate all through the year. Also, bathing in the holy rivers, especially Ganga and Yamuna, charity in the form of giving out rice, wheat, ghee, salt, fruits, vegetables, tamarind, and clothes and remembering the departed ancestors is believed to do much good to the devotees. Irrespective of what section of the society does one belong to, the festival of Akshaya Tritiya is celebrated in all the parts of the country.