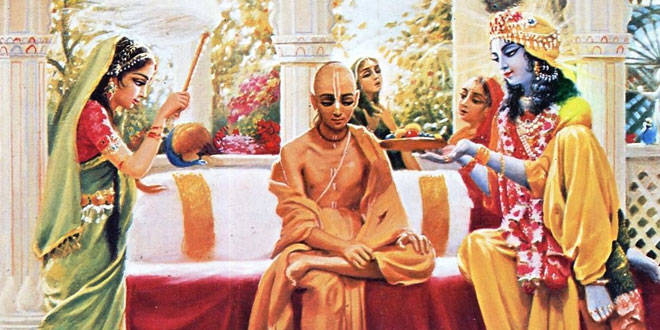 The festival of Akshaya Tritiya, which is deemed as one of the most important for Hindus and Jains, is considered to be a promising occasion to start off any new venture or to invest in shares, gold and other jewelry. Because it is believed that doing so ends in fruitful outcomes: successful and prosperity. Firstly, because on this day and night, the Sun and the Moon are at their radiant best, which astrologically is considered an auspicious occasion, and secondly, because there are many legends or mythological stories running along the festival, lending it its significance makes it quite an awaited event according to the Hindu calendar. Falling on the third (tithi) of bright half of the pan Indian month of Vaishakha, Akshaya Tritiya is celebrated with much dedication and reverence. On this day, people observe fasts, indulge in charity, and pray to various Hindu deities for different reasons. But above everything, it’s the legends behind the festival that once again are remembered and a tribute, in deeds and in silence worship is offered to the mythological figures associated with the festival of Akshaya Tritiya.

On the same day as Akshaya Tritiya, Parashurama Jayanti is also observed in several parts of the country, as legend has it that it was on this day that Lord Parashurama was born. In Hindu mythology, he is known to be the 6th incarnation of Lord Vishnu: the Preserver God in the Hindu trinity. According to the puranic scriptures, Lord Parashurama recaptured the land from the sea.

According to this legend, it was on the day of Akshaya Tritiya that under Ved Vyasa’s dictation, Lord Ganesha started writing the great epic Mahabharata. Even in the epic, Lord Krishna presented the Pandavas, during their exile, with an Akshaya Patra, a bowl that never went empty and provided with an unlimited supply of food on demand.

According to this legend, on the day of Akshaya Tritiya, a childhood friend of Lord Krishna named Sudama came to his palace seeking for some financial aid, with only a handful of rice to offer. Lord Krishna followed this age old Hindu principle of Athithi Devo Bhava (Guest is like God) and treated Sudama nothing less than a king. Taken aback and overwhelmed by the treatment, Sudama couldn’t ask for any help but when he returned home, he found his old hut transformed into a palace and received much more than he could have ever asked for from Lord Krishna.

It is believed, it was on this day that the Goddess of food known as Annapurna, a special avatar of Goddess Parvati, who feeds the hungry, was born. When Lord Shiva, disguised as a beggar, (representing all beggars) went to the Goddess, asking for food, it’s said that Goddess Annapurna fed Lord Shiva herself.

As per the Hindu mythology, Kubera, known to be a banker in heaven, received all his wealth on the day of Akshaya Tritiya by worshiping the Lord Shiva in the temple at Sivapuram. And it was on this day that Lord Shiva blessed Goddess Laxmi with all the riches and made Kubera and Laxmi the custodians of wealth and prosperity.

As per this legend, it was on the day of Akshaya Tritiya that the sacred river Ganges descended from heaven onto the earth.