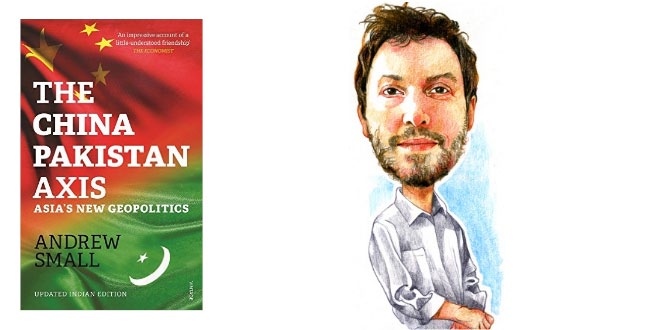 The Lal Masjid stand-off in 2007 after abduction of some Chinese citizens and the bloody clearing-up operation was a watershed for Pakistan, triggering open conflict between Islamist extremists and security forces, a wave of suicide attacks and sending the economy plummeting. But an aspect less considered is the Chinese role in the Pervez Musharraf regime’s decision to send in the army.

Whether it was actual pressure from Beijing or this was cited as a justification for the crackdown may never be known with certainty. What it establishes however is the significant relation between two unlikely allies – countries different in almost all respects – but forming an alliance with a major shadow on geopolitics of the world’s largest continent, if not further.

More significantly for India, this link – strangely solidified through three wars involving it – serves to circumscribe its efforts for a greater regional and global role and to devote quite a bit of attention to its own immediate neighbourhood.

The China-Pakistan relationship is however fairly recent – barely half a century or so old – but within this span, it has been more significant than many other formal alliances. Pakistan’s nuclear status is one of the most prominent effects. The future of Afghanistan may still be another.

But it has never received the attention that either of the countries, and their various other linkages, have separately seen, with a marked lack of in-depth studies since the 1970s. Remedying this is this timely, brief but most detailed and incisive work, updated to incorporate some significant 2015 developments, especially Beijing’s willingness to mediate in Afghanistan.

The lack of works on the relationship may be, says author Andrew Small, a transatlantic fellow with the Asia programme at the German Marshall Fund of the US, “partly because the subject is something of an intellectual orphan, falling between a variety of regions and disciplines”.

More significantly, it is also “partly because of the obstacles facing analysts in their efforts to find reliable source and establish basic facts” of a partnership that “encompasses some of the most sensitive areas of the two sides’ national security policies”, and hence makes both Chinese and Pakistani officials circumspect in discussing it.

The author, whose research focus is in various aspects of Chinese foreign policy, especially in south and southwest Asia and relations with countries like North Korea, Sudan, Zimbabwe, Cuba and Myanmar, notes this is not an obstacle just for foreign researchers.

Telling is the case of a Chinese academician who complained “that every time he requested a declassified document from the foreign ministry archives, they treated his interest as reason enough to classify it again”.

But Small persevered and this book (his first) is the “culmination of six years of travelling between the different countries that are its main focus – China, Pakistan, Afghanistan, India and the United States – confirming and disconfirming claims, testing hypotheses, and assessing the reliability of various sources against real-life events”.

It “doesn’t seek to provide a comprehensive history or anatomy of the relationship”, he says, but it still proves to be a fairly detailed, nuanced – and informative – account of it, beginning from its rather unpromising beginning, through the 1962 India-China war and the 1965 and 1971 India-Pakistan wars (where the Chinese involvement was not what it is believed to be and some rather interesting stories emerged), to the present when China has unrolled a huge investment programme in Pakistan.

Of special interest are the chapters on how Pakistan became nuclear with Chinese support – and US’ acquiescence – and its unexpected spin offs into North Korea, Saudi Arabia and Libya (who surrendered crucial nuclear blueprints in a bag of an Islamabad tailor!), of trade and economic relations and the strange experiences of their war on terror and involvement in Afghanistan right from the time of the Mujahideen.

And ultimately, most important is the case it makes that in international relations, shared interests and a common rival/enemy can lead to the most durable linkages, rather than any ideology or shared cultural affinity.