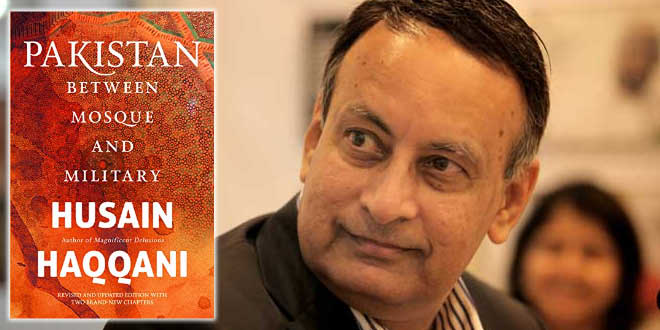 ‘Conventional’ wisdom has it Pakistan, though planned and achieved as an Islamic nation-state, began its worrying tryst with radical Islamism in the 1970s when a civilian leader sought to use it to try to shore up his position, and the general who overthrew him, went in more deeper out of his own inclination and geo-political circumstances. But is this valid or should we look for the phenomenon’s manifestation earlier?

The latter, contends Husain Haqqani, in this comprehensive and detailed work on the evolution of Pakistani politics and strategic course which “questions the narrative that solely blamed the anti-Soviet war in Afghanistan for Pakistan’s embrace of the Jihadi ideology” and makes a persuasive case that “Islamisation, though pursued in earnest under General Zia ul-Haq’s military regime (1977-88) has been a cornerstone of efforts to consolidate Pakistan’s national identity for much longer”.

In fact, the former Pakistani envoy to the US and now an academician says we must go right back from the time that the demand for Pakistan was enunciated – without any thought to “issues, such as the new nation’s constitutional scheme, the status of various ethno-linguistic groups within Pakistan, and the role of religion and theologians in matters of state..”

But this is not the point – or the concern.

Pakistan is scarcely the first country to have come about in confused circumstances, or to face “an environment of insecurity and hostility” at its evolution. The real concern is that since the country’s emergence, its leaders – political or military – “have played on religious sentiment as an instrument” to bolster its identity and even “ostensibly pro-western leaders” have “attempted to ‘manage’ militant Islamism, trying to calibrate it so that it serves its nation-building function without destablising internal politics or relations with western countries”.

And events show, their attempts have hardly been successful.

But Haqqani’s account gives some added nuance to the dysfunctional state Pakistan finds itself in as well as the reasons for the Kashmir dispute and its persistence, the alienation of then East Pakistan, the India-Pakistan wars, and a radical new assessment of the Ayub Khan and Yahya Khan eras (and in the latter, the 1970 elections, usually touted as the fairest held in the country).

In view of the ramifications for the country as reflected in dismal social and economic indicators, as well as the region and the wider world, the importance of understanding this guiding flaw of the Pakistani state – the “tripod of religious nationalism or use of Islam as an ideology to bind the nation, anti-India rhetoric and need for external allies, especially the US” is all the more significant.

Since this seminal book’s first appearance in 2006, several significant events – Benazir Bhutto’s assassination, Gen. Pervez Musharraf’s downfall, the first-ever completion of the national assembly’s term and handing over of power among civilian governments, the Peshawar school attack – have occurred and are incorporated to bring the narrative up to late 2015. But as Haqqani contends, despite some tinkering and superficial change, the tripod persists.

The danger is that “the historic alliance between Islamists and Pakistan’s military has the potential to frustrate anti-terrorist operations, radicalise key segments of the Islamic world, and bring India and Pakistan to the brink of war yet again”.

Is there a way out? Yes, but a long, hard one involving conversion from an ideological state to a functional state through change in perceptions of both those who oversee Pakistan’s destiny and allies, chiefly the US and China, says Haqqani, who has also written “Magnificent Delusions: Pakistan, the United States, and an Epic History of Misunderstanding” on the unintended consequences of the bilateral relations.

But the real significance of this book is that its lessons have wider application than the subject – particularly on the toxic effects of religious nationalism and creating a state trying to win ideological battles than focusing on its people’s development. We in particularly must learn this.