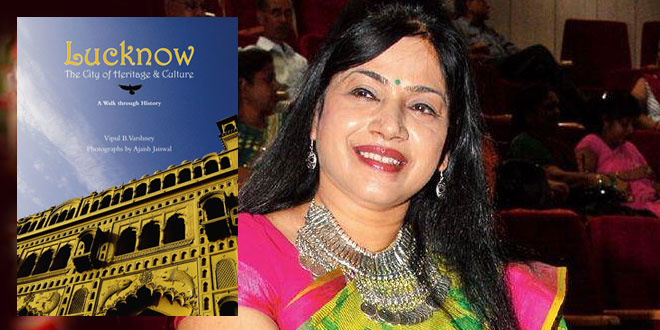 It is an enduring example of Indian ingenuity. A city in a timber-rich, though rock quarry-deficient region still went on to host an array of grand edifices, “mimicking stone” that not only made it a byword for cultural sophistication but survived the devastation of time, destruction of conquerors and disinterest of many people. But Lucknow’s monuments are just one attribute of its fame.

“Lucknow, in spirit and soul, is about the abundance of all things fine and fragile. The city is recognised as an epitome of arts, culture, sophistication and beauty. This is manifest not only in the city’s magnificent monuments but is an intrinsic part of its lifestyle, such as its elegant speech and delicacy of etiquette….” says Varshney.

And in this lavish celebration of a unique city with an inclusive ethos, the architect-cum-passionate cultural heritage conservationist, dwells on all facets that make Lucknow what it is.

She is ably supported in her venture by hotelier-cum-master lensman Jaiswal, whose stunning but soulful frames will make even those who have seen these marvellous sights for ages take a second look in enraptured admiration.

Varshney gives an incisive introduction that sketches the city’s history and influences that have come to bear on it — especially in the Nawabi era and the colonial period — and intermingled before beginning in earnest.

Promising to suggest “heritage walks in the nawabi city that encompass the historic precincts and buildings, features their architectural drawings details and expressive panoramic photographs”, she delivers in full. Interspersed are the intangibles that make up what Lucknow is — the “melodious music, the ethereal dances, the exquisite crafts and (above all) the exotic cuisine…”

The work, Varshney notes, “went in various directions in the four years it took to research and write”. While she wanted it to feature buildings but not become an “exclusively architectural” work, the discussions with Jaiswal resulted in the list of featured elements getting longer as they found it hard to leave out any facet.

“I wanted to feature music and dance, but he also wanted cuisine. I wanted the kite-flying or the chikankari, he wanted to include the mangoes as well,” she quips.

Eventually their collaboration has resulted in an in-depth and illustrated “virtual” tour — without the wires.

The journey begins in the Hussainabad area on the banks of the Gomti where most of the principal sites that make up the grand past of Lucknow are located — the Bara or the Asafi Imambara complex and its legendary labyrinth, the Chhota or the Hussainabad Imambara, the Clock Tower, the Picture Gallery, Kudia Ghat and the Chowk, among others.

While Varshney enlivens her description with nuggets, like the “price” demanded and secured by the woman owner of a small plot on the land the Asafi Imambara was to come up, she also focusse to lesser-known heritage structures like the Nepali Haveli, renowned marsiya writer Mir Anees’ house and tomb, the Nadan Mahal complex and the Dargah Hazrat Abbas.

Jaiswal meanwhile gets almost an art deco feel, especially his study of the Nepali Haveli.

Fanning out to other parts, they cover, among others, the Suraj Kund, the Residency, the bustling Aminabad (whose colourful history is revealed), the once-grand Kaiserbagh, Hazratganj and its panoply of traditional and modern from Shah Najaf to St Joseph’s Cathedral, Claude Martin’s extravagant country mansion, and several temples. They also move out to Bakshi ka Talab and Kakori.

Meanwhile, the sections on kababs — and other food — chikan embroidery and more, bolstered by the words of the city’s early 20th century biographer Maulana Abdul Halim “Sharar”, lend it added value.

You can quibble at certain omissions, say the Kazmain or Lucknow University or a photograph of Raushan-ud-Daulah’s Kothi, the small mistakes — Asaf-ud-Daula is once referred to as the third Nawab (but correctly as the fourth subsequently), Patla Nala is actually Pata Nala, and the road is Shah Mina, not Shah Mian, but one thing that was needed was a small, separate account of the Nawabs.

And while the tanga-wallahs’ chaste language is mentioned, what about the guides’ engaging but informed spiel?

But on the whole, it is an indispensable guide to the glories of Lucknow that residents and non-residents will cherish. Even Sharar would have been impressed. 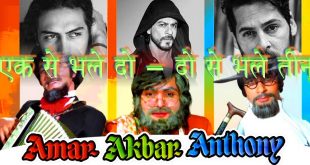