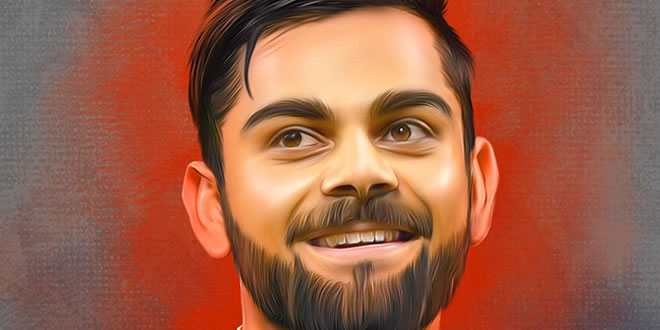 Virat Kohli was born on 5 November 1988 in New Delhi. His interest in cricket developed while playing on the streets of Delhi. His father enrolled him in a cricket academy where he was coached by Rajkumar Sharma.

He started his career by playing for Delhi team in the Polly Umrigar and Vijay Merchant tournaments and earned a place in the Delhi team for a List-A game. He was later selected to be a part of the India U-19 team.

He toured England and Pakistan under Lalchand Rajput and gained a lot of appreciation from him. He was always in the top-2 highest run getters of each tournament.

Just four months after being selected for India U-19, Kohli made his first class debut in the Ranji Trophy. Playing an incredible innings of 90 runs a day after his father’s death earned him a lot of respect from the cricketing fraternity.

Emergence as a cricketer

He got a call into the Indian national side due to the absence of the limited overs openers Sachin Tendulkar and Virender Sehwag. He made his ODI debut on 18 August 2008.

His initial phase in international suffered quite a few ups and downs. Despite his poor form, he was given chances due to his skill level. He made it count and rose to No. 2 in ODI rankings in 2011. The same year, he was handed the test cap.

By the time Sachin Tendulkar retired from international cricket, Kohli was becoming a great candidate to fill in his shoes.

Virat Kohli was named India’s test captain in 2014 after the retirement of MS Dhoni. He began his captaincy career on a high against Australia in Australia. He was handed the captaincy for limited overs in 2017.

Virat Kohli has been one of the most successful captains India has had. He enjoys a win percentage of 62.5 in test cricket and 78.57 in ODI cricket. Outside Asia, his most successful outing came at the 2017 Champions Trophy, when India ended up as the runners up of the tournament.

He led the team to number one ranks in both tests and ODIs simultaneously, the only Indian captain to do so.

Virat Kohli is the modern master and arguably the best batsman of this generation. In ODIs, he stands second only to Sachin for the number of centuries. Compared to Sachin’s tally of 49 ODI centuries, Virat already has 32. In 202 ODI matches, he has scored 9030 runs.