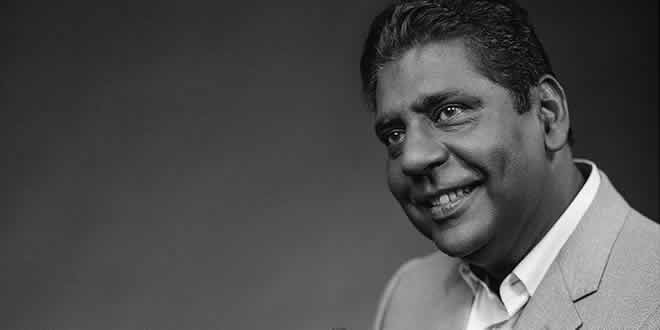 Vijay Amritraj, born on December 14, 1953, kept the Indian flag flying high, with his notable performances at the international tennis circuit. Amritraj, along with the father-son duo of Ramanathan and Ramesh Krishnan, is among the handful of Indians to have fared reasonably well in Grand Slam tournaments. Throughout his glorious career, Amritraj distinguished himself by getting the better of some of the greatest names of tennis history. Stalwarts like Bjorn Borg, Jimmy Connors, Ivan Lendl, John McEnroe and Newcombe fell before his aggressive serve and volley game. Read on to know more about the profile of former tennis player Vijay Amritraj.

In 1973, he reached the quarterfinal of Wimbledon, but lost to eventual champion Jan Kodes, in a thrilling five-setter. The same year, in the U.S. Open, he lost the quarterfinal clash to tennis great Ken Rosewall after getting the better of Rod Laver in an earlier round. Amritraj repeated his feat in 1974, when he finished eighth after defeating Bjorn Borg in the second round at Forest Hills.

In 1974, Vijay Amritraj teamed up with Shashi Menon, Jasjit Singh and brother Anand Amritraj, to take India to the Davis Cup final for the second time. However, India refused to play South Africa in protest of the racist regime prevailing there. Vijay reached his career-high ranking in July 1980, when he was ranked World No. 16 tennis player. In 1981, Vijay Amritraj again reached the quarterfinal of Wimbledon, but a spirited Jimmy Connors rallied from a two-set deficit, to get the better of the Indian great. Amritraj had an equally impressive Davis Cup record.

Vijay Amritraj established the ‘Vijay Amritraj Foundation’ in 2006. The establishment of the foundation was an extension to his works to bring hope, provide aid and heal the defenseless and innocent victims of disease, tragedy and difficult circumstance in India. He was previously appointed as a United Nations Messenger of Peace. After raising enough fund, the Foundation went on to support a number of charitable organizations in India. In the present times, world leaders, diplomats, business tycoons and philanthropists are associated with Vijay Amritraj Foundation. The Foundation has been successfully organizing Golf Tournament annually, in Beverly Hills, California.

Vijay Amritraj is married to Shyamala, a Sri Lankan Tamilian. The couple has two sons – Prakash Amritraj and Vikram Amritraj. Vijay and Shyamala are currently living in California, USA. Prakash and Vijay’s nephew – Stephen – are also professional tennis players. Vijay’s brother – Anand Amritraj was a veteran player, who featured in many events along with him.