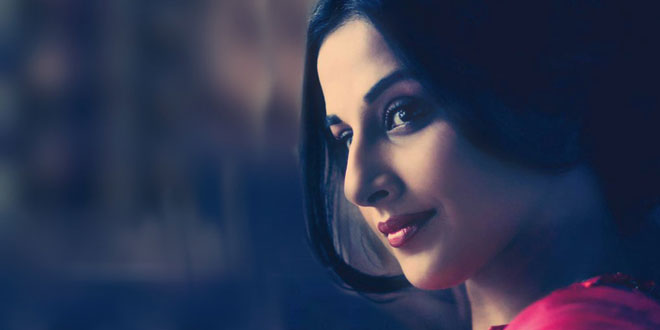 Vidya Balan is an Indian Actress born on 1 January 1978 in Palakkad, Kerala.

Vidya was born to P.R. Balan who is the Vice President of ETC Channel. She is also having a elder sister named Priya. She completed her schooling at St. Anthony Girls High School. Then she read Sociology from St. Xavier’s College. She then went and completed her MA at University of Mumbai. There she got her first film offer.

She started her acting carrer from a Malayalam film Chakram, but the film was shelved. Then she signed for a Tamil film, Run but later she got replaced with Meera Jasmine. When Chakram was restarted Meera Jasmine was chosen instead of Vidya.

She then did some Television advertising from year 1998. She also did some supporting roles in some music videos.

Then in year 2003, she did a Bengali film Bhalo Theko for which she won Anandalok Puraskar Best Actress award in Kolkata. Then she came to Bollywood doing her first debut in film Parineeta. She got Filmfare Best Female Debut Award and a nomination for Filmfare Best Actress Award. After the success of first two films, producer who dropped her from Manasellam again signed her for film Dasavathaaram. She rejected the offer. Then in year 2006, she came in film Lage Raho Munna Bhai which was a blockbuster on box office. It was the second highest grossing film of that year.

Then in year 2007 she came on film Guru which was again a hit. Then she did film Salaam-e-Ishq: A Tribute To Love and Eklavya: The Royal Guard in year 2007. Eklavya was then selected as India’s official entry to the Oscars for the 80th Academy Awards. Then her two releases Heyy Babyy and Bhool Bhulaiya was also a success in year 2007.

Vidya’s final release of the year was Sujoy Ghosh’s Kahaani 2: Durga Rani Singh, a sequel to the 2012 successful thriler Kahaani.

In addition to acting in films, Vidya promotes humanitarian causes and supports the empowerment of women. She initially drew criticism for her fluctuating weight and “questionable” dress sense, but was later credited in the media for “not morphing herself to fit into any conventional slot”. She is married to the film producer Siddharth Roy Kapur.