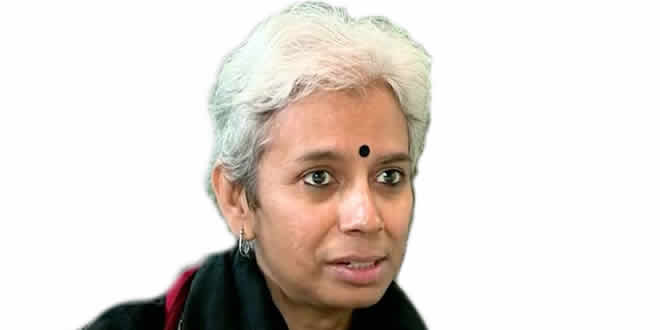 Sushma Iyengar, did her Masters in Literature from MS University, Baroda and a three year Masters’ programme in the USA at Cornell University. She worked to set up the Kutch Mahila Vikas Sangathan which is the first network for grass root women’s organization in Gujarat in June 1989, with organizing the women’s empowerment movement through social awareness and livelihood programme. At a clinic in Khavda, one of Kutch’s furthermost districts on the border with Pakistan, local Kutchi women run the show. They are not only skilled midwives who take care of just birth and delivery, but also train women in reproductive rights, health and family planning. 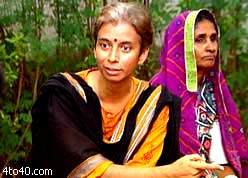 They are the pillars from which the Kutch Mahila Vikas Sanghtan and its founding member Sushma Iyengar derive their strength and love.

Thirty nine-year-old, shy and low profile Sushma sees herself as an educator, a catalyst and a learner.

“Ultimately you realize that you have to walk alone. But to be able to do that in an empowered way, you have to first walk as a collective. I think it’s the poor who have realized this the best,” says Sushma.

Coming together wasn’t an easy task because sometimes their own inhibitions restricted them. But they all fought caste, class and religion and came together as women.

But Sushma Iyengar knew Kutch was her Karmabhoomi. Having lived in Gujarat for several years, she believes true empowerment comes when you are able to sit across with those you may not agree and transform them.

And what started as women’s movement, has allies in men, fathers, brothers and husbands today.

Traditionally the women of Kutch kept the beautifully embroidered pieces as part of their trousseau but successive natural calamities meant they were forced to sell them to middlemen.

Sushma Iyengar helped them come together as a collective. As the numbers grew so did their confidence. Soon the production processes were tied, middlemen eliminated and their positions elevated from wage earners to skilled entrepreneurs. She had been actively involved in the cyclone relief work, earthquake relief and rehabilitation work as well as tsunami relief work. Sushma Iyengar is the head of Kutch Nav Nirman, an NGO in Gujarat. She is responsible for the reconstruction of Kutch region in Gujarat after the 2001 earthquake. She is also responsible for the new trends set in Kutch in areas like disaster management, rehabilitation of victims of a natural disaster and the reconstruction of destroyed villages.