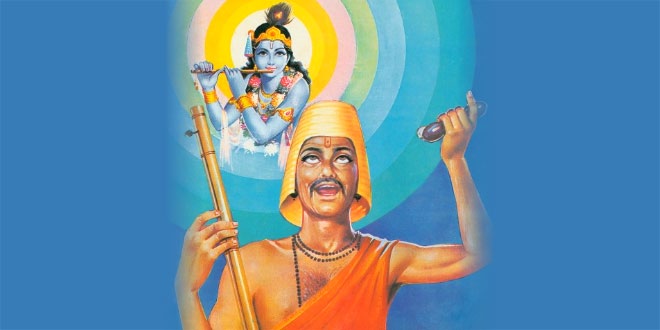 Surdas, is one of the people who had great influence on the cultural heritage of India. He was a poet, a saint and a musician and played all the parts with the same finesse. Since there are no authentic records on the life of Surdas, his biography comes up as a combination of facts and fiction. 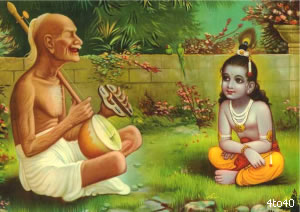 There is a little disagreement regarding the exact birth date of Surdas, some scholars believe it to be 1478 AD, while others believe it to be 1479 AD. Same is the case of the year of his death, it is either considered to be 1581 AD or 1584 AD. As per the limited authentic life history of Surdas, it is said that he lived in Braj, near Mathura. Surdas was born blind and because of this, he was neglected by his family. As a result, he left his home at tender age of six.

In the eighteenth year of his life, Surdas went to Gau Ghat, a sacred bathing spot on the embankments of Yamuna River. It was here that he came across Shri Vallabharacharya, the great saint-savant. Vallabharacharya advised Surdas to sing Bhagvat Lila, the Creative Play of the Lord and introduced him to the secrets of contemplative devotion. From this time onwards, Surdas never looked back on the path of spirituality. Surdas spent the last years of his life in Braj, the place of his birth.

The work of Surdas mainly consists of the following three compilations.

Sur-Saravali, based on the festival of Holi, originally consisted of hundred verses. In this poem, he tried to create a theory of Genesis, with Lord Krishna as the Creator.

Sahitya-Lahiri is mainly associated with Bhakti (devotion) towards the Supreme Lord.

Sur-Sagar is considered to be the magnum opus of Surdas. The poem has been woven around the life of Lord Krishna. It originally contained 100,000 poems or songs, out of which only 8000 have survived the travails of time.

The Bhakti movement that was widely prevalent in India at the time of Surdas deeply affected him. He propagated the Shuddhadvaita school of Vaishnavism. It makes use of the spiritual metaphor of the Radha-Krishna Lila, derived from earlier saints.

Previous Guru Tegh Bahadur Biography For Students And Children
Next What is Bacha bazi?