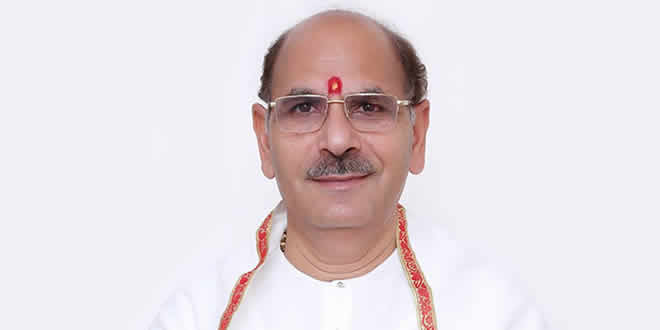 Sudhanshu Ji Maharaj, (born May 2, 1955) is a preacher from India and the founder of Vishwa Jagriti Mission (VJM). He has over 10 million devotees around the world with more than 2.5 million as disciples. He is known for his simple teachings which are inspired by religions from all over the world. 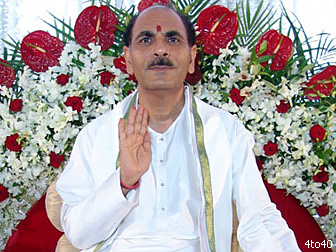 Sudhanshuji was born in Saharanpur District of Uttar Pradesh in India. Sudhanshuji was the eldest son in the Kamboj Gotra family and was named Yashpal, Yash means glory and Pal means Savior.

Yashpal was educated at a Gurukul where he studied the Vedas, Upanishads, Sanskrit Grammar and Astrology.

Numerous Rishis, Munis, Saints and wise men, enlightened souls and great-men appeared on this earth with the immortal message of God, the supreme father. This cycle has been going on right from the beginning of universe and the time wove its magic of change and transformation during its journey. These enlightened and dedicated souls served mankind in various ways and interpreted religions in accordance with the need and requirements of their age.

In this transitional period of science, Technology and Computers, the most Revered Sudhanshuji Maharaj appeared on this earth to define the real character of religion, to awaken the powers lying dormant in human consciousness and to sound the buggle of human welfare. This divine soul in human body is one in the long series of divine souls that descended on this earth to define the worth and relevance of human life. After completing his education, japa-tapa, meditation and sadhana and acquiring many spiritual experiences, the great man to feel the pulse of the nation traveled all over India, from north to south and east to west.

In the course of this long and extensive journey he saw the rejected and dejected old people, orphans and the poor and a very large majority of people leading life of illusion, taboos and meaningless conventions. This touched him deeply and stirred him to do something for them. He thought of serving them through awakening their consciousness and thus unlocking the most latent energy of their self-confidence. Consequently. Vishwa Jagriti mission was formed on 24th march, 1991, in Delhi, the national capital of India. This was the day of birth of lord Rama also celebrated as Ram Navami. The motto was Reconstruction of Indian society, based on the best ideals of Indian culture.

The reversed Maharajshri, on the one hand, gave new direction to human consciousness, employing the Maryada (great traditions) of lord Rama (known for his highest ideals), the Karma-Yoga (or dynamic philosophy of action of lord Krishna), the compassion of Buddha, non-violence of Mahavir and the ideals and ideals popular saints (of common man’s sensibility) such as Nanak, Kabir, Raidas and many other and, on the other land, he identified the values of human relations, ideals, bench-marks and traditions from Indian culture, and, re-arresting them, he directed a great campaign of service to humanity, it was founding of Vishwa Jagriti Mission.

Vishwa Jagriti Mission, founded by the Reversed Maharajshri, has, over the last 20 years, established more than 80 Mandals and Sewa Samitis all over the country for the upliftment of men, service to the poor and down-trodden. And for dissemination of faith and religion and selfless service to mankind. The efficient running of these centres and Samitis has set high standards for religious awakening and service of humanity. As a consequence one can feel the cool and soothing breeze of stirrings of human welfare and an all around inspiration among people. These unending flame of religion, culture and service to mankind has transformed the lives of millions of people in India and abroad. The Revered Mahrajshri is at its centre, and very close to the activities happening around, today his more than six million devotes, all around the world, acknowledge him as their intimate friend, philosopher, guide, and a brother always blessing them.