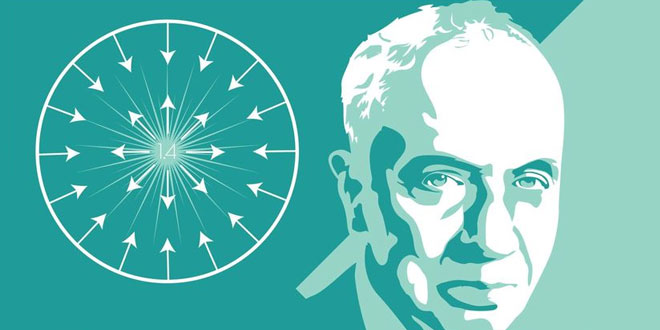 Subrahmanyan Chandrasekhar, FRS (October 19, 1910 – August 21, 1995), was an Indian American astrophysicist born in Lahore, Punjab (Now in Pakistan). Chandrasekhar was awarded, along with William A. Fowler, the 1983 Nobel Prize for Physics, with Chandrasekhar cited for his mathematical theory of the physical processes of importance to the structure and evolution of the stars. This work led to the currently accepted theory on the later evolutionary stages of massive stars, including black holes. The Chandrasekhar limit is named after him. 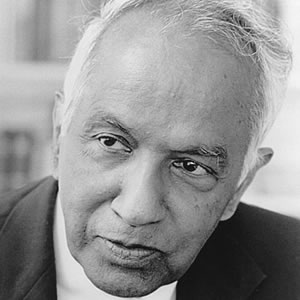 Chandrasekhar – in distinct periods – worked in various areas, including stellar structure, theory of white dwarfs, stellar dynamics, theory of radiative transfer, quantum theory of the hydrogen anion, hydrodynamic and hydromagnetic stability, equilibrium and the stability of ellipsoidal figures of equilibrium, general relativity, mathematical theory of black holes and theory of colliding gravitational waves. At the University of Cambridge, he developed a theoretical model explaining the structure of white dwarf stars that took into account the relativistic variation of mass with the velocities of electrons that comprise their degenerate matter. He showed that the mass of a white dwarf could not exceed 1.44 times that of the Sun – the Chandrasekhar limit. Chandrasekhar revised the models of stellar dynamics originated by Jan Oort and others by considering the effects of fluctuating gravitational fields within the Milky Way on stars rotating about the galactic centre. His solution to this complex dynamical problem involved a set of twenty partial differential equations, describing a new quantity he termed ‘dynamical friction’, which has the dual effects of decelerating the star and helping to stabilize clusters of stars. Chandrasekhar extended this analysis to the interstellar medium, showing that clouds of galactic gas and dust are distributed very unevenly.

Chandrasekhar married Lalitha Doraiswamy in September 1936. He had met her as a fellow student at Presidency College, Madras.

Chandrasekhar was the nephew of Sir Chandrasekhara Venkata Raman, who was awarded the Nobel Prize for Physics in 1930.

He became a naturalized citizen of the United States in 1953.

Chandrasekhar was born on 19 October 1910 in Lahore, Punjab, India in a Tamil family, to Sitalakshmi (1891–1931) and Chandrasekhara Subrahmanya (1885–1960) who was posted in Lahore as Deputy Auditor General of the Northwestern Railways at the time of Chandrasekhar’s birth. He was the eldest of their four sons and the third of their ten children. His paternal uncle was the Indian physicist and Nobel laureate C. V. Raman. His mother was devoted to intellectual pursuits, had translated Henrik Ibsen’s A Doll’s House into Tamil and is credited with arousing Chandra’s intellectual curiosity at an early age.

Chandrasekhar was tutored at home initially through middle school and later attended the Hindu High School, Triplicane, Madras during the years 1922–25. Subsequently, he studied at Presidency College, Madras from 1925 to 1930, writing his first paper, “The Compton Scattering and the New Statistics”, in 1929 upon inspiration from a lecture by Arnold Sommerfeld and obtaining his bachelor’s degree, B.Sc. (Hon.), in physics in June 1930. In July 1930, Chandrasekhar was awarded a Government of India scholarship to pursue graduate studies at the University of Cambridge, where he was admitted to Trinity College, secured by Professor R. H. Fowler with whom he communicated his first paper. During his travels to England, Chandrasekhar spent his time working out the statistical mechanics of the degenerate electron gas in white dwarf stars, providing relativistic corrections to Fowler’s previous work.

In his first year at Cambridge, as a research student of Fowler, Chandrasekhar spent his time calculating mean opacities and applying his results to the construction of an improved model for the limiting mass of the degenerate star. At the meetings of the Royal Astronomical Society, he met Professor E. A. Milne. At the invitation of Max Born he spent the summer of 1931, his second year of post-graduate studies, at Born’s institute at Göttingen, working on opacities, atomic absorption coefficients, and model stellar photospheres. On the advice of Prof. P. A. M. Dirac, he spent his final year of graduate studies at the Institute for Theoretical Physics in Copenhagen, where he met Prof. Niels Bohr.

After receiving a bronze medal for his work on degenerate stars, in the summer of 1933, Chandrasekhar was awarded his PhD degree at Cambridge with a thesis among his four papers on rotating self-gravitating polytropes, and the following October, he was elected to a Prize Fellowship at Trinity College for the period 1933–1937.

During this time, Chandrasekhar made acquaintance with British physicist Sir Arthur Eddington. In an infamous encounter in 1935, Eddington publicly ridiculed the concept of the Chandrasekhar limit. Although Eddington would later be proved wrong, this encounter caused Chandra to contemplate employment outside the UK. Later in life, on multiple occasions, Chandra expressed the view that Eddington’s behavior was in part racially motivated.