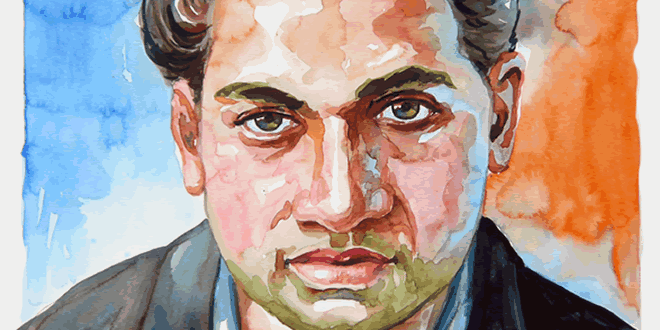 Srinivasa Ramanujan, FRS (22 December 1887 – 26 April 1920) was an Indian mathematician and autodidact who, with almost no formal training in pure mathematics, made extraordinary contributions to mathematical analysis, number theory, infinite series, and continued fractions. Ramanujan initially developed his own mathematical research in isolation; it was quickly recognized by Indian mathematicians. When his skills became apparent to the wider mathematical community, centered in Europe at the time, he began a famous partnership with the English mathematician G. H. Hardy. He rediscovered previously known theorems in addition to producing new work.

During his short life, Srinivasa Ramanujan independently compiled nearly 3900 results (mostly identities and equations). Nearly all his claims have now been proven correct, although a small number of these results were actually false and some were already known. He stated results that were both original and highly unconventional, such as the Ramanujan prime and the Ramanujan theta function, and these have inspired a vast amount of further research. The Ramanujan Journal, an international publication, was launched to publish work in all areas of mathematics influenced by his work.

The arithmetic class was in progress. The teacher was solving questions on division. On the backboard were drawn three bananas.

A smart boy in the front row replied, “Each will get one.”

While the teacher was explaining, a boy sitting in one corner raised his hand and stood up. The teacher stopped and waiting for the boy to speak.

“Sir,” the boy asked, “if no bananas is distributed among no one, will everyone still get one banana?” There was roar of laughter in the class. What a silly question to ask!

“Quite,” the teacher said loudly and thumped the desk. “There is nothing to laugh at. I will just explain what he means to say. For the division of bananas, we divided three by three, saying that each boy will get one banana. Similarly, we divided 1,000 by 1,000 to get one. What he is asking is that if zero banana is divided among zero, will each one get one? The answer is ‘no’. Mathematically, each will get an infinite number of bananas!”

Everyone laughed again. The boys understood the trick arithmetic had played upon them. What they could not understand was why the teacher later complimented the boy who had asked that absurd question.

The boy had asked a question that had taken mathematicians several centuries to answer. Some mathematicians claimed that zero divided by zero was zero. Others claimed it to be unity. It was the Indian mathematician Bhaskara who proved that it is infinity. The boy who asked the intriguing question was Srinivasa Ramanujan. Throughout his life, whether in his native Kumbakonam or Cambridge, he was always ahead of his mathematics teachers.

Ramanujan was born at Erode in Tamil Nadu on December 22, 1887. His father was a petty clerk in a cloth shop. From early childhood it was evident that he was a prodigy. Senior students used to go to his dingy house to get their difficulties in mathematics solved. At the age of 13 Ramanujan was able to get Loney’s Trigonometry from a college library. Not only did he master this rather difficult book but also began his own research. He came forth with many mathematical theorems and formulae not given in the book, though they had been discovered much earlier by great mathematicians.

The most significant turn came two years later when one of his senior friends showed him Synopsis of Elementary Results in Pure and Applied Mathematics by George Shoobridge Carr. For a boy of 15 the title itself must be frightening, but Ramanujan was delighted. He took the book home and began to work on the problems given in it. This book triggered the mathematical genius in him.

Mathematical ideas began to come in such a flood to his mind that he was not able to write all of them down. He used to do problems on loose sheets of paper or on a slate and to jot the results down in notebooks. Before he went abroad he had filled three notebooks, which later became famous as Ramanujan’s Frayed Notebooks. Even today mathematicians are studying them to prove or disprove the results given in them.

Although Ramanujan secured a first class in mathematics in the matriculation examination and was awarded the Subramanyan Scholarship, he failed twice in his first year arts examination in college, as he neglected other subjects such as history, English and physiology. This disappointed his father. When he found the boy always scribbling numbers and not doing much else, he thought Ramanujan had gone mad. “To set him right”, he forced his son to marry. The girl chosen was eight-year-old Janaki.

Ramanujan began to look for a job. He had to find money not only for bread but for paper as well to do his calculations. He needed about 2,000 sheets of paper every month. Ramanujan started using even scraps of paper he found lying in the streets. Sometimes he used a red pen to write over what was written in blue ink on the piece of paper he had picked up.

Unkempt and uncouth, he would visit offices, showing everyone his frayed notebooks and telling them that he knew mathematics and could do a clerical job. But no one could understand what was written in the notebooks and his applications for jobs were turned down.

Luckily for him, he at last found someone who was impressed by his notebooks. He was the Director of the Madras Port Trust, Francis Spring, and he gave Ramanujan a clerical job on a monthly salary of Rs. 25. Later some teachers and educationists interested in mathematics initiated a move to provide Ramanujan with a research fellowship. On May 1, 1913, the University of Madras granted him a fellowship of Rs. 75 a month, though he had no qualifying degree.

A few months earlier, Ramanujan had sent a letter to the great mathematician G.H. Hardy, of Cambridge University, in which he set out 120 theorems and formulae. Among them was what is known as the Reimann series, a topic in the definite integral of calculus. But Ramanujan was ignorant of the work of the German mathematician, George F. Reimann, who had earlier arrived at the series, a rare achievement. Also included was Ramanujan’s conjecture about the kind of questions called “modular”. Pierre Deligne subsequently proved this conjecture to be correct. He also gave a key formula in the hypergeometric series, which came to be named after him.

It did not take long for Hardy and his colleague, J.E. Littlewood, to realize that they had discovered a rare mathematical genius. They made arrangements for Ramanujan’s passage and stay at Cambridge University. On March 17, 1914, he sailed for Britain.

Srinivasa Ramanujan found himself a stranger at Cambridge. The cold was hard to bear and, being a Brahmin and a vegetarian, he had to cook his own food. However, he continued his research in mathematics with determination. In the company of Hardy and littlewood he could forget much of the hardship he had to endure.

In Ramanujan Hardy found an unsystematic mathematician, similar to one who knows the Pythagoras theorem but does not know that a congruent triangle means. Several discrepancies in his research could be attributed to his lack of formal education. Ramanujan played with numbers, as a child would with a toy. It was sheer genius that led him to mathematical “truths”. The task of proving them, so important in science, he left to lesser mortals.

Ramanujan was elected Fellow of the Royal Society on February 28, 1918. He was the second Indian to receive this distinguished fellowship. In October that year he became the first Indian to be elected Fellow of Trinity College, Cambridge. His achievements at Cambridge include the Hardy-Ramanujan-Littlewood circle method in number theory, Roger-Ramanujan’s identities in partition of integers, a long list of the highest composite numbers, besides work on the number theory and the algebra of inequalities. In algebra his work on continued fractions is considered to be equal in importance to that of great mathematicians like Leonard Eular and Jacobi.

While Ramanujan continued his research work, tuberculosis, then an incurable disease, was devouring him. Ramanujan was sent back to India and when he disembarked, his friends found him pale, exhausted and emaciated. To forget the agonizing pain, he continued to play with numbers even on his deathbed. On April 26, 1920, he died at Chetpet in Madras.

Besides being a mathematician, Srinivasa Ramanujan was an astrologer of repute and a good speaker. He used to give lectures on subjects like “God, Zero and Infinity.