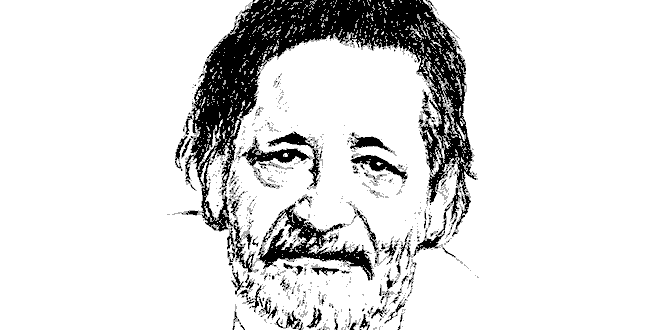 At the age of 18 Naipaul travelled to England where, after studying at University College at Oxford, he was awarded the degree of Bachelor of Arts in 1953. From then on he continued to live in England (since the 70s in Wiltshire, close to Stonehenge) but he has also spent a great deal of time travelling in Asia, Africa and America. Apart from a few years in the middle of the 1950s, when he was employed by the BBC as a freelance journalist, he has devoted himself entirely to his writing.

Naipaul’s works consist mainly of novels and short stories, but also include some that are documentary. He is to a very high degree a cosmopolitan writer, a fact that he himself considers to stem from his lack of roots: he is unhappy about the cultural and spiritual poverty of Trinidad, he feels alienated from India, and in England he is incapable of relating to and identifying with the traditional values of what was once a colonial power.

The events in his earliest books take place in the West Indies. A few years after the publication of his first work, The Mystic Masseur (1957), came what is considered by many to be one of his most outstanding novels, A House for Mr. Biswas (1961), in which the protagonist is modelled on the author’s father.

After the enormous success of A House for Mr. Biswas, Naipaul extended the geographical and social perspective of his writing to describe with increasing pessimism the deleterious impact of colonialism and emerging nationalism on the third world, in for instance Guerrillas (1975) and A Bend in the River (1979), the latter a portrayal of Africa that has been compared to Conrad’s Heart of Darkness.

In his travel books and his documentary works he presents his impressions of the country of his ancestors, India, as in India : A Million Mutinies Now (1990), and also critical assessments of Muslim fundamentalism in non-Arab countries such as Indonesia, Iran, Malaysia and Pakistan in Among the Believers (1981) and Beyond Belief (1998).

The novels The Enigma of Arrival (1987) and A Way in the World (1994) are to a great extent autobiographical. In The Enigma of Arrival he describes how a landed estate in southern England and its proprietor, with a colonial background and afflicted by a degenerative disease, gradually decline before finally perishing. A Way in the World, which is a cross between fiction, memoirs and history, consists of nine independent but thematically linked narratives in which Caribbean and Indian traditions are blended with the culture encountered by the author when he moved to England at the age of 18.

V.S. Naipaul has been awarded a number of literary prizes, among them the Booker Prize in 1971 and the T.S. Eliot Award for Creative Writing in 1986. He is an honorary doctor of St. Andrew’s College and Columbia University and of the Universities of Cambridge, London and Oxford. In 1990 he was knighted by Queen Elizabeth.

Previous Elephant: Mammal Encyclopedia For Students & Children
Next Can an elephant drink through its trunk?