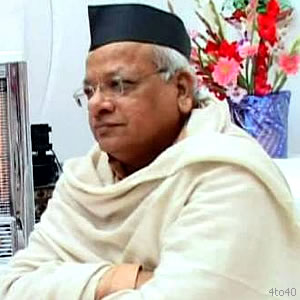 The ABSS propounds an Itimarg Sadhana which is a path of addition where nothing is physically renounced and only the name of Almighty Lord is added in one’s life. The spiritual practice under this Sadhana is also named as “Aanad Yoga” which is an essence of “Raj Yoga”. However, the hardships and sufferings usually undergone by a “Raj Yogi” are eliminated.

This path of Itimarg Sadhana is a unique path to attain spiritual life, free from stress and strains of modern way of life and has been evolved by the great Grihasthi (house holders) saints of the order of ABSS. It is the same ancient spiritual knowledge of Maharshi Ashtavakra who initiated Raja Janak in this path leading to the absolute truth and self-realisation, which is the real goal of human life. This method did not remain confined to Hinduism alone but also found its way into other religions. Hazrat Baqui Billa Sahib Kuddusuruh Naqshbandia was the first Muslim saint who came to India and propounded and practised this method. There has been a chain of Muslim saints who after great sacrifices kept this spiritual torch illuminated.

It was Hazrat Maulana Fazal Ahmed Khan Sahib Kuddusuruh Naqshbandia who found in Param Sant Mahatma Ram Chandra Ji (Lala Ji Maharaj) a deserving aspirant for carrying out his mission. He was the first Hindu Saint in the modern times who revived this ancient method amongst the Hindus. This was followed by a chain of Satgurus of the order-Param Sant Mahatma Raghubar Dayal Ji (Chachcha Ji Maharaj), his son Param Sant Mahatma Brij Mohan Lal Ji (Dadda Ji Maharaj), Param Sant Mahatma Yashpal Ji (Pujya Bhai Sahib Ji), Param Pujya Matashree Rupwati Ji and Param Pujya Shree Suresh Ji. The founder and the Sanrakshak of ABSS, kept this flame of ancient “Brahm-Vidya” lighted. All the saints of this order have been staunch ‘Grihasthis’ earning their bread by working themselves and imparting the most valuable knowledge to one and all. As they didn’t believe in Gurudom, each saint evolved a family-like atmosphere around him and have always been called by affectionate names like Lala Ji, Chachcha Ji, Dadda Ji, Bhai Sahib Ji etc as if everybody is a part and parcel of one family.

This universal method is so devised that it suits to everyone without discrimination of caste, creed, color, status, profession and religion. This method stresses on concentration and meditation and step by step practice to achieve twenty four hours remembrance of God .Power of concentration is imparted by the Satguru and it is of great help to achieve a state of thoughtlessness of mind during meditation. When it happens, mind is drawn towards the soul- the life center – and gets charged with immense energy, spiritual light and beatitude. The aspirant practising meditation gets serenity, internal peace and divine bliss, love, kindness and humility oozes from such a heart.The all round efficiency of such a Sadhak increases tremendously and he achieves the state of self – realisation by and by.

Thus ABSS aims at attaining the highest spiritual state of mind while performing wordly duties with perfection as per the injunctions of Shastras and reach the region of “Dhruvpad”, thus finally attain the liberation and merge in the Almighty to become one with Him. To achieve the highest state of spiritualism, this is a simple shortcut and most suitable method for Grihasthis.The Anand Yoga is being practised by followers of ABSS from all over India and abroad under the practical guidance of Param Sant Mahatma Rupwati Ji (Param Pujya Mataji) and Param Sant Mahatma Suresh Ji (Param Pujya Bhaiya Ji).