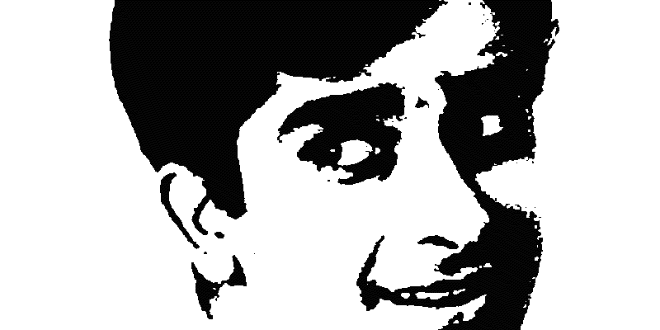 Shashi Kapoor was born Balbir – Raj Prithviraj Kapoor on 18 March 1938 in Kolkata. He is an award winning Indian film actor and producer and a member of the Kapoor family, a film dynasty in India‘s Bollywood cinema, is the younger brother of Raj Kapoor and Shammi Kapoor, the son of Prithviraj Kapoor, the widower of Jennifer Kendal, and the father of Karan Kapoor, Kunal Kapoor, and Sanjana Kapoor.

He is remembered for many hit Hindi films, including ones he starred in with Amitabh Bachchan, such as Deewar, Do Aur Do Paanch and Namak Halaal. He has also played leading roles in a number of British films, including several Merchant Ivory productions such as Shakespeare-Wallah. In 2011, he was honoured with the Padma Bhushan by the Government of India.

Shashi Kapoor started acting in films as a child in the early 1940s appearing in several mythological films. His best known performances were in Aag (1948) and Awaara (1951) where he played the younger version of the characters played by his older brother Raj Kapoor.

In most of his successful films in the 1970s and early 1980s he co-starred alongside Amitabh Bachchan.

He was also known internationally for starring in many British and American films, notably Merchant Ivory productions, such as Shakespeare Wallah (1965) opposite his future sister-in-law Felicity Kendal, Bombay Talkie (1970), and Heat and Dust (1982) in which he co-starred with his wife Jennifer Kendal. He also starred in other British and American films such as Pretty Polly (1967) opposite Hayley Mills, Siddhartha (1972), and Sammy and Rosie Get Laid (1987).

His last and most recent film appearances were in Jinnah (1998), a biopic of Mohammed Ali Jinnah in which he was the narrator and another Merchant-Ivory production titled Side Streets (1998). He has now retired from the film industry and not appeared in any film since. He has been seen in the limelight at the “Shashi Kapoor Film Festival” held in Muscat, Oman (Sept 2007). He has lost a considerable amount of weight and looked healthy. Recently, at the 55th Annual Filmfare Awards, Shashi Kapoor received the Filmfare Lifetime Achievement Award.

Attended Don Bosco High School in Matunga, Bombay. In July 1958, he married the English actress Jennifer Kendal and they acted in a number of films together, most notably in the Merchant Ivory productions. He had three children with Kendal; Karan Kapoor, Kunal Kapoor and Sanjana Kapoor all of whom for a short while became film actors. Kendal died of cancer in 1984. The English actress Felicity Kendal is his sister-in-law.

On 20 July 2012, Shashi Kapoor underwent a cataract surgery at Kokilaben Hospital in suburban Mumbai. He was discharged from the hospital the same day.

Kapoor was admitted at the Kokilaben Hospital, Versova, Mumbai, on December 4, 2017, for a chest infection, where he reportedly died due to liver cirrhosis at the age of 79 at 5.20 pm, according to the Kokilaben Hospital as confirmed to the Press Trust of India (PTI). The PTI quotes his nephew Randhir Kapoor, who states that the actor was suffering from kidney failure. “Yes, he has passed away. He had kidney problem for several years. He was on dialysis for several years.” Kapoor is survived by two sons, Kunal and Karan, and a daughter, Sanjana, who takes care of the Prithvi Theatre.

2011 – Padma Bhushan by the Government of India