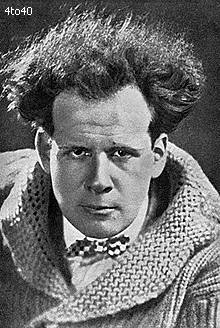 Sergei Mikhailovich Eisenstein, was born in Riga, Latvia on January 23, 1898 but his family moved frequently in his early years, as Eisenstein continued to do throughout his life. Eisenstein’s father Mikhail Osipovich Eisenstein was of German-Jewish and Swedish descent and his mother, Julia Ivanovna Konetskaya, was from a Russian Orthodox family. He was born into a middle-class family. His father was an architect and his mother was the daughter of a prosperous merchant. Julia left Riga the year of the 1905 Revolution, bringing Sergei with her to St. Petersburg. Sergei would return at times to see his father, who later moved to join them around 1910. Divorce followed this time of separation, with Julia deserting the family to live in France.

At the Petrograd Institute of Civil Engineering, Sergei studied architecture and engineering, the profession of his father. At school with his fellow students however, Sergei would join the military to serve the revolution, which would divide him from his father. In 1918 Sergei joined the Red Army with his father Mikhail supporting the opposite side. This brought his father to Germany after defeat, and Sergei to Petrograd, Vologda, and Dvinsk. In 1920, Sergei was transferred to a command position in Minsk, after success providing propaganda for the October Revolution. At this time, Sergei studied Japanese—he learned some three hundred kanji characters which he cited as an influence on his pictorial development, and gained an exposure to Kabuki theatre, these studies led to travel to Japan.

He was a revolutionary Soviet Russian film director and film theorist noted in particular for his silent films Strike, Battleship Potemkin and October. His work vastly influenced early filmmakers owing to his innovative use of and writings about montage. Eisenstein was married to filmmaker and writer Pera Atasheva from 1934 until his death in 1948. Because of Soviet censorship, Eisenstein’s use of political cinema needed to be so subversive that government criticism passed unnoticed.

Eisenstein was a pioneer in the use of montage, a specific use of film editing. He believed that editing could be used for more than just expounding a scene or moment, through a “linkage” of related scenes. Eisenstein felt the “collision” of shots could be used to manipulate the emotions of the audience and create film metaphors. He developed what he called “methods of montage”. His articles and books – particularly Film Form and The Film Sense – explain these methods in detail. Eisenstein’s popularity and influence in his own land waxed and waned with the success of his films and the passage of time. The Battleship Potemkin (1925) was acclaimed critically worldwide. But it was mostly his international critical renown which enabled Eisenstein to direct The General Line (aka Old and New), and then October (aka Ten Days That Shook The World) as part of a grand 10th anniversary celebration of the October Revolution of 1917. The critics of the outside world praised them. But at home, Eisenstein’s focus on these films on structural issues such as camera angles, crowd movements and montage, brought him and likeminded others under fire from the Soviet film community. He was forced to issue public articles of self-criticism and commitments to reform his cinematic visions to conform to socialist realism’s increasingly specific doctrines. Step by step…

The Battleship Potemkin has been called one of the most influential films of all time. The most famous scene in the film is the massacre of civilians on the Odessa Steps. Towards the end of the sequence, the soldiers shoot a mother who is pushing a baby in a baby carriage. As she falls to the ground, dying, she leans against the carriage, nudging it away; it rolls down the steps amidst the fleeing crowd. The scene is perhaps the best example of Eisenstein’s theory on montage. Many films pay homage to the scene, including Francis Ford Coppola’s The Godfather, Brian De Palma’s The Untouchables, and George Lucas’s Star Wars Episode III: Revenge of the Sith. Several films spoof it, including Woody Allen’s Bananas and Love and Death. Film critic Roger Ebert writes, “That there was, in fact, no czarist massacre on the Odessa Steps scarcely diminishes the power of the scene … It is ironic that [Eisenstein] did it so well that today the bloodshed on the Odessa steps is often referred to as if it really happened.”