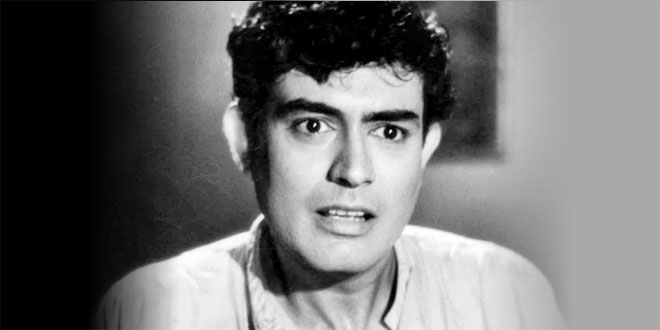 Sanjeev Kumar or Harihar Jariwala (July 9, 1938 – November 6, 1985) was one of the most prominent Indian actors in Bollywood. Sanjeev Kumar was born in Surat, Gujarat to a Gujarati family living in Mumbai. A stint in film school took him to Bollywood, where he eventually became a star. He remained a bachelor all his life. He loved Actress Hema Malini and even put a marriage proposal to her but she refused. He died in 1985.

He made actress Jaya Bhaduri his sister in real life and after that didn’t pair opposite to her in movies.

He was always ready to take unconventional roles that challenged him as an actor. He played Mirza, a chess – obsessed Lucknowi (citizen of Lucknow), in Satyajit Ray’s classic Shatranj Ke Khiladi (1977). Perhaps his best – remembered roles were in the blockbuster films Sholay (1975) and Trishul (1978).

During the early 1980s Sanjeev Kumar did more supporting roles than playing the lead. In 1985, when he was only forty-seven years old, he died of a heart ailment. He had never married. He was involved with actress Sulakshana Pandit who wanted to marry him, but he rejected her marriage proposal, because he never got over his heartbreak after actress Hema Malini rejected his marriage proposal to marry her frequent co-star Dharmendra. Ironically for an actor who played many elderly roles, he did not live to the age of 50.

Ten of his already completed films were released after his death with his final film Professor Ki Padosan being released in 1993. At the time of his death this film was only 75% complete and it was decided to alter the story in the second half of the film to explain the absence of Sanjeev Kumar’s character. One of his other notable releases after his death was K. Asif’s much delayed Love and God which was over 20 years in the making. After director K. Asif died in 1971, production came to a halt and the film was finally released in incomplete form in 1986, one year after its actor Sanjeev Kumar had also died.

In Naya Din Nayi Raat (1974) Sanjeev Kumar reprised the nine-role epic performance by Sivaji Ganesan in Navarathiri (1964), which was also previously reprised by Akkineni Nageswara Rao in Navarathri (Telugu; 1966). This film has enhanced his status and reputation as an actor in Hindi cinema.