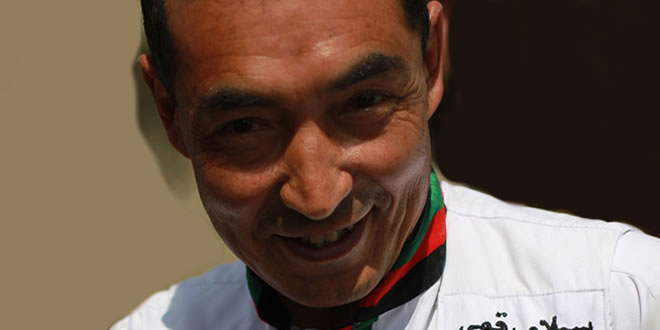 Ramazan Bashardost is an Afghan politician.

Born in 1965 in the Qarabagh district of Ghazni Province to a respected family, Ramazan Bashardost is an ethnic Hazara. Bashardost spent a substantial part of his life studying. His early years of schooling were completed in Qarabagh, before moving to Maimana, in Faryab Province. Then, because of the 1978 coup d’etat, Bashardost left for Iran, where he earned his high school diploma.

Bashardost returned to Afghanistan in 2002 to work with the United Nations in a sector of Afghanistan’s Foreign Affairs Ministry. In March 2004, he was appointed Minister of Planning but resigned after nine months in protest because the government was not upholding the outlawing of over 2,000 NGO’s (non-governmental organization) Bashardost had outlawed. Bashardost has spoken out on the corruption within NGO’s. In the same year, he published a book titled Basic Political, Military, and Diplomatic Laws of Afghanistan – which led Bashardost to be the first Afghan scholar to win an award from the Academy of Political Sciences of France. He ran for President in the 2009 elections, placing third in the nation, but first in the provinces of Ghazni and Daykundi. He is a strong advocate of human rights, and anti-corruption, earning him names such as “Afghanistan‘s Gandhi“.

Bashardost is not affiliated with any political group, and has always been an ‘independent’ politician. Sometimes, one can see Bashardost driving around Kabul in his small, dinky car, painted the colors of the Afghan flag.

Previous BIMSTEC: Bay of Bengal Initiative for Multi-Sectoral Technical and Economic Cooperation
Next Eid In Pakistan: Information For Students