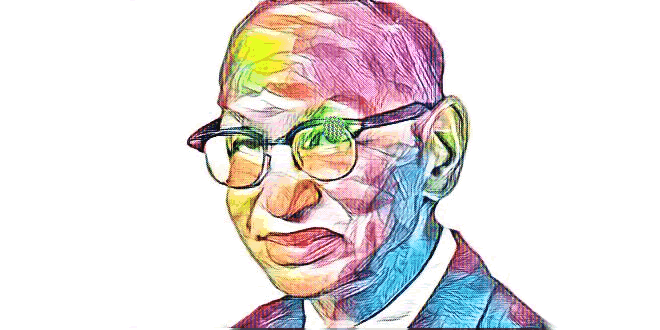 Raj Chandra Bose — Only a few days were left for his B.A. examination. Raj Chandra Bose was lost in his books. But his sister came with a problem. There was hardly any food left in the house. It was an urgent problem but nothing new. In the past three years he had faced one crisis after another. First, his mother had died in an epidemic and two years later his father had died.

At the age of 19 the entire burden of bringing up his brother and two sisters, all younger than him, had fallen on his shoulders. He had to take tuition to earn for the family and he had won scholarships so that he could continue his studies. But finding money now was a problem. He had suspended tuition to prepare for his examinations.

Then he remembered that there were still some medicines, including a bottle of quinine, in his father’s medicine chest. It was soon after World War I and medicines were scarce and costly in India. A bottle of quinine fetched him a handsome amount. The crisis was overcome. Raj Chandra took his B.A. examination and passed it successfully.

Raj Chandra Bose was born on June 19, 1901, at Hosangabad in Madhya Pradesh and grew up at Rohtak (In Haryana), where his father was doctor. Being the first child, his father had pinned high hopes on him. He always expected the boy to top his class. Once when he stood only second in geography in an eighth class test, his father forced him to learn his 200-page geography book by heart.

Pure mathematics had fascinated Bose from childhood. In 1925 no course in pure mathematics was available at Hindu College, in Delhi, where he had done his M.A. in applied mathematics. So, with the help of Seth Kedarnath Goenka, whose younger brother he had taught, he went to Calcutta. There he happened to meet Shyamadas Mukherjee, a mathematician, who not only gave him a room and allowed him the use of his library, but helped him in “learning the spirit of mathematics.”

In 1927 he took his M.A. in pure mathematics, but he could not get a job. He was rejected everywhere for being “overqualified”. He and his family had to live on the money he earned by teaching students. It was difficult, but he continued his research in geometry.

In 1932 came the turning point. His research in geometry came to the notice of P. C. Mahalanobis, who wanted a geometry scholar for the Indian Statistical Institute. Bose was reluctant to join the institute because he knew hardly anything about statistics. But Mahalanobis assured him that he would guide him.

By reading books and research papers and teaching students Bose mastered the fundamentals of statistics. He made many valuable contributions to the subject when he was at the institute.

In 1949 he migrated to the USA and joined the University of North Carolina as a Professor of Statistics. It was not money that tempted him to leave his homeland. It was only because he was offered a job which enabled him to devote all his time to mathematics. Later he became Professor of Mathematics and Statistics at Colorado University.

Two of Bose’s discoveries won him much fame. Working with one of his students, he proved that a famous mathematical conjecture of the eighteenth century Swiss mathematician, Leonard Euler, was incorrect. Then, in collaboration with another student, he discovered new codes for telecommunication. Everyone knows the Morse Code. It is a code composed of dots and dashes used for sending messages over long distances via wireless telegraphy. However, because of what scientists call “noise”, errors often creep in to the messages. The Bose-Ray Chaudhuri codes could rectify the errors at the receiving end.

In 1976 America’s highest honour to a scientist came to Bose. He was elected Fellow of the US Academy of Sciences.