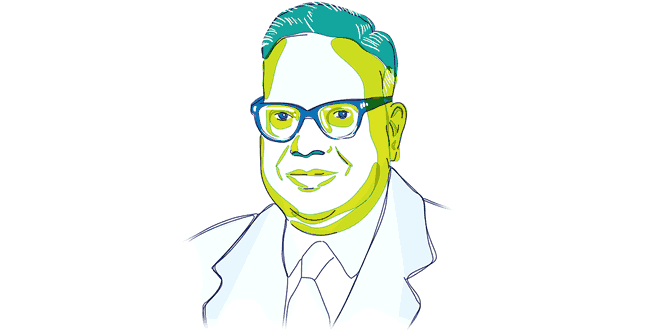 Panchanan Maheshwari – In the heyday of science at Allahabad University students from all parts of the country used to flock to it. Of the hundreds who entered it in July, 1921, was Panchanan Maheshwari. At the Ewing Christian College, where he was admitted to the B.Sc. course was Winfield Dudgeon, an American missionary, who was a renowned botanist and founder-President of the Indian Botanical Society. Although students revered him, he was also feared as a taskmaster hard to please. But in Maheshwari Dudgeon found a student he had long been looking for.

Dudgeon used to take Panchanan Maheshwari on expeditions to collect botanical specimens and taught him the basic techniques in plant morphology. On one occasion Dudgeon told Maheshwari, “A Hindu father believes his life’s aim is fulfilled if he has given his son a good education. My son is dead, but I wish to leave behind at least one student who will carry on my mission.”

After doing his M.Sc. Maheshwari took up research under Dudgeon’s guidance. He studies the morphology, anatomy and embryology of some angiosperms, the class of plants which produce flowers.

We know that ovules in the flower of a plant fertilizes when an insect or wind brings to it pollen from another plant. This occurs in a cavity inside the flower called “ovary” and an embryo is the result. The embryo, the unborn baby plant, gets nutrition and food from the surrounding soil to grow up and become a plant. The way the embryo grows up to become a full-fledged plant differs from species to species. Maheshwari studied this process of growth in several species of angiosperms. He also classified them according to the differences he found in such embryological studies.

In 1931 Maheshwari secured his D.Sc. Before leaving Allahabad University, he went to Dudgeon to pay his regards. Hr told him, “Sir, you have done so much for me. What can I do for you in return?” Pat came the reply, “Do for your students what I have done for you.” This message the young man took to heart. Wherever he went thereafter, whether it was Agra, Dacca or Delhi, he tried to do that. He also worked tirelessly. In addition to winning the Birbal Sahni Medal and the Sunder Lal Hora Memorial Medal, he was elected Fellow of the Royal Society in 1965.

Maheshwari was born on November 9, 1904, in Jaipur, Rajasthan. His father, though a clerk, was keen that his son should receive the best possible education. Not only did he train him to spend life in a disciplined manner, but worked long hours to raise the money needed for his son’s education. He used to buy a lot of books for young Maheshwari. In fact, Maheshwari himself spent more than he could afford on books and laboratory material. He always had a small laboratory at home and did research there in his spare hours.

In 1949 Maheshwari was invited to head the new Department of Botany at Delhi University. He came determined to get his students interested in plant embryology, his own specialized field, which was neglected almost everywhere. He decided to carry out research in this field using not very expensive equipment. His efforts were crowned with success. Not only did the department develop and gain recognition abroad, but scientists elsewhere began to take up research in this field. Maheshwari can well be called the father of modern embryology.

It was he who invited the technique of test-tube fertilization of angiosperms. Till then no one thought that flowering plants could be fertilized in test-tubes. Maheshwari’s technique immediately opened up new avenues in plant embryology and has applications in economic and applied botany. Cross-breeding of many flowering plants which cannot crossbreed naturally can be done now. The technique is proving to be of immense help to plant breeders.

In class Panchanan Maheshwari was like his guru, Dudgeon. His students both loved and feared him. In his honour they named many newly discovered species of plants, like Panchanania Jaipuriensis and Isoetes Panchananii. Though renowned as an embryologist, he was well versed in other botanical fields. Maheshwari wrote two authoritative books, An Introduction to the Embryology of Angiosperms and Recent Advances in Embryology of Angiosperms. He also wrote books for schools to improve the standard of teaching life sciences. In 1951 he founded the International Society of Plant Morphologists. Till his death on May 18, 1966, he was editing its journal Phytomorphology.

A specially prepared nutrients medium is taken and solidified in a test-tube. Under aseptic conditions some ovules and “fresh” pollen grains are sprinkled on the medium. In due course, the pollen grains germinate and pollen tubes begin to grow towards the developed ovules. Within a few days fertilization is achieved with the pollen tube releasing sperms into the embryo sacs of the ovules. The product is the seed of the plant.

In the test-tube, fertilization takes place quicker than it does in nature. The so-called period of dormancy of seed is eliminated here. The development of embryo and endosperm takes place as in nature.

Previous Maha Shivaratri Greetings For Students
Next Shiva – Who is he – What does Shiva look like?