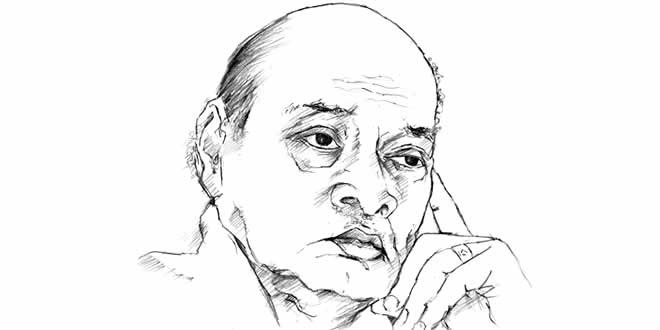 Being an agriculturist and an advocate, he joined politics and held some important portfolios. He was the Minister of Law and Information, 1962-64; Law and Endowments, 1964-67; Health and Medicine, 1967 and Education, 1968-71, Government of Andhra Pradesh. He was the Chief Minister, Andhra Pradesh, 1971-73; General Secretary, All India Congress Committee, 1975-76; Chairman, Telugu Academy, Andhra Pradesh, 1968-74; Vice-President, Dakshin Bharat Hindi Prachar Sabha, Madras, from 1972. He was also Member, Andhra Pradesh Legislative Assembly, 1957-77; Member, Lok Sabha 1977-84 and was elected to Eighth Lok Sabha from Ramtek in December, 1984. As Chairman, Public Accounts Committee, 1978-79 he participated in a Conference on South Asia convened by the School of Asian and African Studies, London University. Shri Rao also Chaired Bhartiya Vidya Bhavan’s Andhra Centre; he was Minister for External Affairs from January 14, 1980 to July 18, 1984; Minister of Home Affairs from July 19, 1984 to December 31, 1984 and the Minister of Defence from December 31, 1984 to September 25, 1985. He then assumed charge as Minister of Human Resource Development on September 25, 1985.

A man of many interests, he likes music, cinema and theater. His special interest lies in Indian philosophy and culture, writing fiction and political commentary, learning languages, writing poems in Telugu and Hindi and keeping abreast of literature in general. He has successfully published ‘SahasraPhan’, a Hindi translation of late Shri Viswanatha Satyanarayana’s famous Telegu Novel ‘Veyi Padagalu’ published by Jnanpith; ‘Abala Jeevitam’, Telugu translation of late Shri Hari Narayan Apte’s famous Marathi Novel, “Pan Lakshat Kon gheto”, published by Central Sahitya Academy. He translated other famous works from Marathi to Telugu and from Telugu to Hindi, and published many articles in different magazines mostly under a pen name. He lectured at Universities in the U.S.A. and West Germany on political matters and allied subjects. As Minister of External Affairs he travelled extensively to U.K., West Germany, Switzerland, Italy and Egypt in 1974.

During the period when he was Minister of External Affairs, Shri Rao successfully brought to bear his scholarly background and rich political and administrative experience on the field of international diplomacy. He chaired the III Conference of UNIDO at New Delhi in January 1980, within a few days of assuming charge. He also chaired a meeting of the Group of 77 at New York in March 1980. More recently, his role at the Conference of Foreign Ministers of Non-aligned Countries in February 1981 earned him wide appreciation. Shri Rao has shown keen personal interest in international economic issues and personally led the Indian delegation to the Conference of the Group of 77 on ECDC at Caracas, in May 1981.

1982 and 1983 were eventful years for India and its foreign policy. In the shadow of the Gulf war the Non-aligned Movement asked India to host the Seventh Summit. This also meant India assuming the Chair of the Movement and Smt. Indira Gandhi becoming its Chairperson. Shri P.V. Narasimha Rao presided over meetings of Foreign Ministers of Non-aligned Nations on the eve of the New Delhi Summit and also at the United Nations both in 1982, when India was asked to host the Summit and the following year when, at the initiative of the Movement, informal consultations amongst Heads of State and Government from diverse nations across the world were held at New York.

Shri Rao was also the Leader of the Special Non-aligned Mission that visited countries in West Asia in November 1983, in an effort to resolve the Palestian Liberation Organisation. Shri Rao was associated actively with the Commonwealth Heads of Government in New Delhi and with the Action Group set up by the meeting on the question of Cyprus.

In his capacity as Minister of External Affairs, Shri Narasimha Rao has chaired on behalf of India a number of Joint Commissions including those with the USA, USSR, Pakistan, Bangladesh, Iran, Vietnam, Tanzania and Guyana.

Shri Narasimha Rao took over as Home Minister on July 19, 1984. He was re-appointed to this post, with the additional charge of the Ministry of Planning, on November 5, 1984. Appointed Minister of Defence from December 31, 1984 to September 25, 1985. On September 25,1985 he took over as Minister of Human Resource Development.