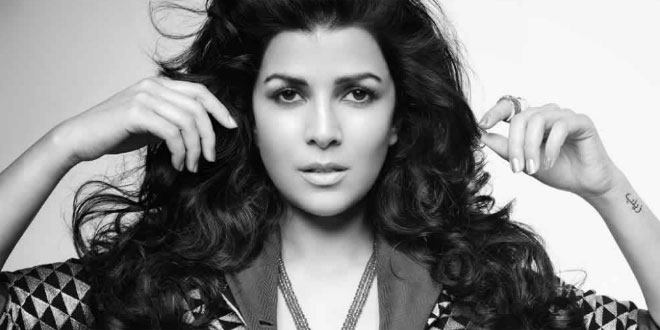 Daughter of an Army officer, Nimrat was born on 13 March, 1982 in Pilani, Rajasthan, and like most army children travelled widely living in army cantonments in Arunachal Pradesh, Rajasthan, Punjab, Maharashtra and Kashmir. She had changed schools six or seven times by the age of 11. In fact, hers was the archetypal army child’s life when tragedy struck.

On the morning of 17 January 1994 in Verinag, Kashmir, Nimrat’s father, Major Bhupender Singh, left home for work. He was from the Engineer Corps and been part of the team maintaining the Jawahar Tunnel. That day was the last time his wife and daughters—Nimrat and her sister Rubina—would see him. He was abducted by militants of the Hizb-ul-Mujahideen and killed six days later. That year on 13 March, Nimrat’s birthday, he was posthumously awarded the Shaurya Chakra, India’s gallantry award for his valour, courage and self-sacrifice.

She still hasn’t got over the pain even now, more so because he met with such a violent death. The tribute to the late Major in Kashmir reads, “He achieved martyrdom when anti-national elements captured him and shot him…” Nimrat remembers that the first flight she ever took was the day after her father’s death, January 24, from Srinagar to Delhi with her mother by her side and her father in a coffin. Since she was a child, she wasn’t allowed to attend the ceremony but her father’s medal lies today in the cabinet near her bed in her apartment in Mumbai. The family moved to Noida where Nimrat’s grandparents lived and she finished her schooling there. She completed her Bachelor’s degree in Commerce from Sri Ram College of Commerce in Delhi University. Nimrat’s mother, Avinash and sister, Rubina who is a psychologist have been her support system. 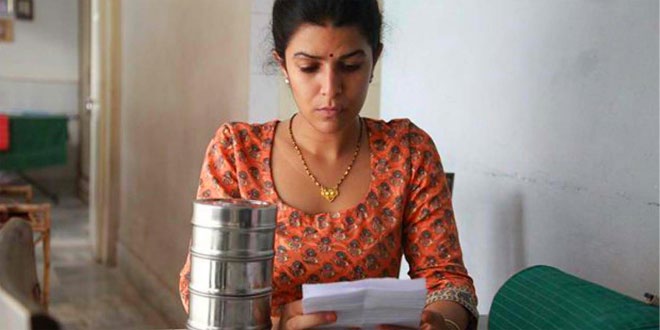 Nimrat loved to perform on stage, debate and dance since she was a kid. She was also good at studies but loved to make up stories and create reactions. The acting bug set in then. Then it was time to pack and go to Mumbai to pursue her dream of being an actor. It was not an easy decision and she did give her mother sleepless nights. She moved to Mumbai in 2004 and forayed into the world of modelling and advertising. She first caught the eye of people with ‘Tera Mera Pyaar’ a music video from Sony Music. Thereafter she went on to model for over 80 Indian and international television commercials and numerous print campaigns for brands like Asian Paints, ICICI, Videocon, Pantaloon, Samsung, Aircel and Cadbury. The Cadbury Silk commercial in which she is shown in a traffic jam, was the one which catapulted her in the limelight.

In 2009, Nimrat started her stint with the stage acting with theatre veteran Sunil Shanbag in a musical at the Prithvi Theatre Festival. She went on to do many plays but the most acclaimed one was ‘All About Women’, where she was required to play four different characters ranging from the age of 25 to 85. Having completed close to 50 shows she earned herself a nomination at the ‘Mahindra Excellence in Theatre Awards’ in the Best Actress category. Billed as one of the most promising theatre actors, Nimrat went on to work with stage stalwarts including Manav Kaul and won Best Actress award for her work in Akarsh Khurana’s ‘Baghdad Wedding’.

Her first film came in the year of 2006. She bagged a role in the English film ‘One Night with the King’. But Nimrat’s career took a big leap with her first signing in Bollywood which helped her to reach the red carpet of Cannes Film festival 2012. The film named ‘Peddlers’ was produced by Anurag Kashyap and it was he who spotted Nimrat and thought of giving her a chance in his movie. The movie was not a commercial success but was applauded wherever it was showcased. Nimrat made her second presence in a row at the red carpet of Cannes film festival for ‘The Lunchbox’, an analytically much-admired epistolary romantic film which got commercial success as well and turned out to be one of the most successful films of 2013.

Nimrat Kaur has also made her place in Hollywood in one of the most popular American daily soaps called ‘Homeland’, where she plays the role of ‘Tasneem Qureshi’ and has also confirmed signing the recurring role for the fourth consecutive season of the American daily soap. Every actor who works in Bollywood has a dream of working with the Hollywood stars and Nimrat Kaur did just that.

Of course, ‘The Lunchbox’ was her ticket to the world and nothing was the same anymore. But like any professional in any field, Kaur’s biggest high at Cannes came from the appreciation of her work. Charles Tesson, artistic director of the Critics Week at the Festival, gave her a glowing introduction before the screening of ‘The Lunchbox’. She remembers returning from Cannes, where the film got sold, and being overwhelmed with attention everywhere she went. In her moments of greatest triumph, her thoughts went to her father and she had wished that he was around to see it.

Seeking closure, she went on a pilgrimage of sorts in June 2013 and traced her steps back to the house in Verinag where she and her parents had lived together. She connected with people who had worked with her father and she also went out trekking alone. It did help to heal the wounds to some extent but Nimrat admits that she feels the loss of her father even more intensely with passing time. It is understandable that she still shares a love-hate relationship with Kashmir. Beautiful as it is, it took away so much from her family and that is a reality she will always have to live with.

Coming up next for Nimrat is the lead role opposite Akshay Kumar in ‘Airlift’, a film she chose of the 25 scripts that had been sent to her. Nimrat has proved right yet again that in Bollywood one can still win hearts with sheer talent. Not many know that she has the word, ‘Zainab’ tattooed on the outside of her left wrist which translates as “Father’s precious jewel” or “Daughter that brings glory to the father’s name”. Nimrat has proved to be just that.