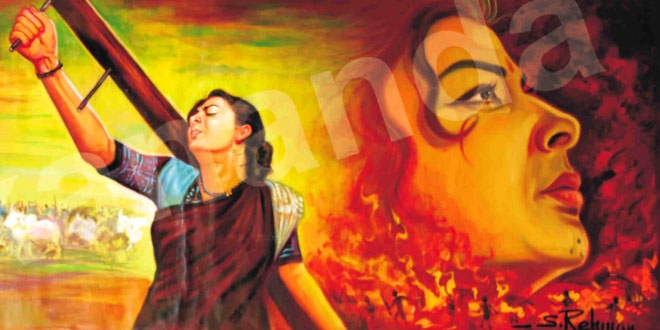 Nargis (June 1, 1929 – May 3, 1981) was a fabulous actress, whose performance in the film ‘Mother India’ was widely appreciated. The film was nominated for Oscars. She was born as Fatima Rashid to the Mohyal Brahmin. She was the daughter Allahabad-based singer, Jaddanbai and Uttamchand Mohanchand. Well, in this article, we will provide you with the biography of Indian actress Nargis.

The father of Nargis was actively involved in Indian cinema. He was an all rounder as in singer, dancer, director, composer and actor. His dear daughter Nargis entered into the Indian films at a very young age. Her debut film was Talashe Haq that was released in the year 1935. She was popularly known as “Baby Nargis”. An interesting thing about Nargis was her stage name “Narcissus”, which means a flower. To know the complete life history of Nargis, read on…

She earned lot of name and fame for her later movies, in which she played the adult roles. She worked in many Hindi-Urdu movies of the 1950s, out of which “Andaaz” and “Awaara” were the biggest hits. She was often starred opposite to the renowned Bollywood star Raj Kapoor. It is also said that, Raj Kapoor had a love interest in her. But, there was nothing serious between them, as Raj Kapoor did not make any attempt to divorce his wife.

While shooting for the film Mother India, Sunil Dutt sent a proposal for marriage and Nargis accepted it. Eventually, she got married to Sunil Dutt, a famous Indian Bollywood actor on March 11, 1958. She gave birth to three children, namely Sanjay, Anju, and Priya. Nargis passes away in the year 1981, as she was suffering from pancreatic cancer.

Share
Previous Why does it hurt more in winters?
Next What is anti-matter?