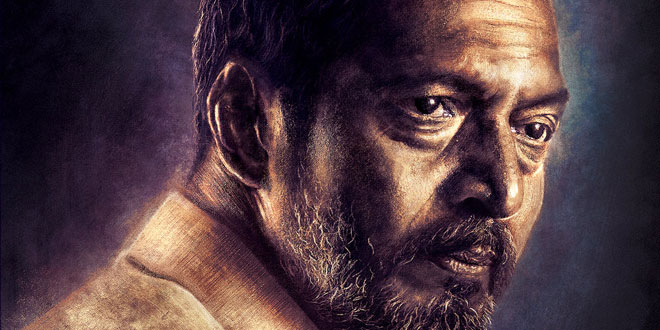 Born Vishwanath Patekar in Murud – Janjira, Maharashtra, to Dankar Patekar (a painter) and his wife Sangana Patekar. He is an alumnus of the Sir J. J. institute of Applied Arts, Mumbai. During his college years he was active in inter collegiate dramatics. After graduating he has starred in a number of Bollywood movies with some of the most prominent film directors of Bollywood. He is married to Neelakanti Patekar, and they have a son Malhar Patekar.

Nana Patekar is said to have a unique acting style. He is famous for his brash style of delivering his dialogues and his way of speaking reflects his deliverance of the lines. It is widely rumoured that he ad libs all of his lines and is held in high regard for this ability. He is known to give generously to the poor. He is also a sketch artist, a secret not known to the outside world. His sketches have sometimes helped the Mumbai Police to track criminals.

While he acted in movies such as Mohre (1987) and Salaam Bombay! (1988), he was noticed by the mainstream Bollywood industry and audience for his portrayal of the villain in the 1989 film, Parinda. He was awarded the Filmfare Best Supporting Actor Award for the role. He also won the Filmfare Best Villain Award in 1992 for Angaar.

He is very well known for his role in the movie Ab Tak Chappan (2005) in which he plays a police officer whose main task is to rid the streets of underworld dons. In 1994 he won the National Film Award for Best Actor for his performance in Krantiveer (1994). He also won the Filmfare Award and the Star Screen Awards in the best actor category.

Patekar has experimented with his roles when it comes to films. He has done the occasional villain role, but has also played a hero in most of his films. He played a truant, gambling son in Krantiveer (1994), a wife beater in Agni Sakshi (1996), a deaf and dumb father in Khamoshi: The Musical (1996) and a schizophrenic in Wajood (1998). At times during his career, it was noted that he was an epitome of the “angry young man” role and that he was well suited for such roles and would carry it on as a forerunner of Amitabh Bachchan and Mithun Chakraborty. Yet, he was also perfect for some of the villainous roles that he has done.

He turned director with his movie Prahaar: The Final Attack co-starring Madhuri Dixit. His other films as an actor include Hu Tu Tu and Bluff Master. He once again gave a good performance in Apaharan, for which he received the Filmfare Best Villain Award as well as the Star Screen Award Best Villain. He is going to be in Sangeeth Sivan’s next film, which is a remake of the Telugu film Athadu (2005) and as the character Anjaneya Prasad (CBI Officer), Which was originally played by Prakash Raj.

Nana Patekar known for his simple lifestyle has been generous in donating to charities. He contributed money towards rebuilding of the flood ravaged villages in Bihar through the charitable organisation Anubhuthi. All the monetary remuneration he obtained for his performance in the movie Paathshaala was donated by him to five different charitable organisations. When he was awarded the Raj Kapoor award which carries a cash prize of Rs 10,00,000, he donated the entire amount towards drought relief activities in Maharashtra. He also provided financial aid to families of farmers who committed suicide due to indebtedness brought about by drought. He distributed cheques worth Rs 15,000 to 62 families of farmers from Vidarbha region in August 2015 and another 113 families from Latur and Osmanabad districts of Marathwada in September 2015.

Using a Twitter campaign with the hash tag I care I support, Nana Patekar was able to obtain funds to help Maharashtra Drought victims.