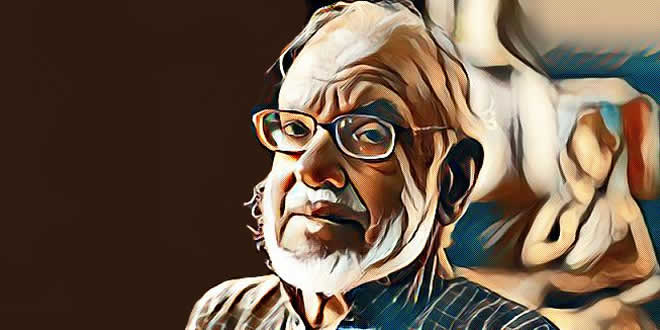 Mambillikalathil Govind Kumar Menon, a renowned physicist, learned the “beauty of the scientific method and its application to a wide spectrum of human endeavor” from his Noble Laureate guru, C.F. Powell. From his mentor, H.J. Bhabha, he learned how “first class research is possible in a country like India by good planning and organization and by careful selection of the area of work”.

He has thus brought the country to the frontline of scientific fields such as electronics and cosmic ray physics. As a science administrator, which a developing country like India needs, he is doing yeoman service to the Indian scientific community and the country as a whole.

Menon was born on August 28, 1928, to a District and Sessions Judge at Mangalore in Karnataka. After his basic education in different parts of the country he joined the University of Bristol in the U.K. in 1949. There he did research under C.F. Powell and discovered a few “elementary particles”. They included muons of varying energies, K-particles and a specific category of pions.

In 1955 he returned home and joined the Tata Institute of Fundamental Research. Here he conducted studies on cosmic rays at high altitudes over India close to the geomagnetic equator and at great depth below the ground at the Kolar gold mines.

Menon received several awards and honours. In 1960 he won the S.S. Bhatnagar Award and in 1970 was elected Fellow of the Royal Society. Apart from research, he loves paintings, sculpture and gardening.

Early in 1986 he was appointed Scientific Advisor to the Prime Minister.