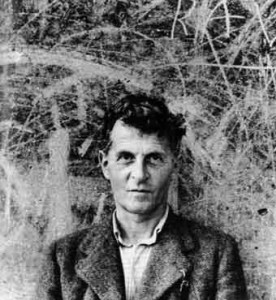 If You Would Like To Watch Philosophers Squirm – and who wouldn’t? – pose this tough question: Suppose you may either a) solve a major philosophical problem so conclusively that there is nothing left to say (thanks to you, part of the field closes down forever, and you get a footnote in history); or b) write a book of such tantalizing perplexity and controversy that it stays on the required reading list for centuries to come. Which would you choose? Many philosophers will reluctantly admit that they would go for option b). If they had to choose, they would rather be read than right. The Austrian philosopher Ludwig Wittgenstein tried brilliantly to go for a) and ended up with b).

The revolution in mathematical logic early in the twentieth century opened up a delicious prospect: a rigorous science of meaning. Just as the atomic theory in physics had begun to break matter down into its constituent parts and show how they firt together to produce all the effects in nature, logic held out the promise of accounting for all meaningful texts and utterances – from philosophy and geometrical proofs to history and legislation – by breaking them into their logical atoms and showing how those parts fit together (in an ideal language) to compose all the meanings there could be.

As a young engineering student in England, Wittgenstein saw the hope of the new mathematical logic, and rushed to Cambridge to become the protégé of Bertrand Russell, whose monumental Principia Mathematica (1913), written with Alfred North Whitehead, was an attempt to reduce all mathematics to logic. Wittgenstein’s first book, published in England in 1922, the even more grandly titled Tractatus Logico-philosophicus, went even further, and was thought by him, and by some of his admirers, to have bought philosophy to an end, its key problems definitively solved once and for all. Some “philosophical” propositions could be readily expressed and evaluated within his system, and those that couldn’t – among them, metaphysical riddles that had bedeviled philosophers for centuries – were nonsense.

Wittgenstein returned to Austria to become a school teacher. But the worm of doubt soon gnawed, and he returned to England in 1929 to declare dramatically that he had got it all wrong the first time. The “later Wittgenstein” spent the next eighteen years agonizing in front of a small Cambridge seminar of devoted and transfixed students, who posed curious question that he then answered – or pointedly did not answer – with wonderfully austere if often enigmatic aphorisms. An obsessive perfectionist, Wittgenstein worked and reworked his notes and left his school masterpiece, Philosophical Investigations, for posthumous publication in 1953. Both books will be required reading as far as into the future as any philosopher could claim to see. 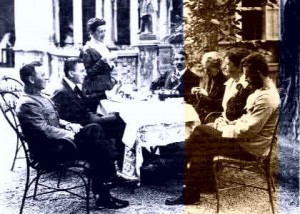 The family into which Wittgenstein was born in 1889 was one of the wealthiest in Vienna, and young Ludwig grew up in a hothouse atmosphere of high culture and privilege. Brahms and Mahler were frequent visitor to the palatial family home, and Ludwig’s brother Paul, a concert pianist who lost an arm in World War I, commissioned works for the left hand by Richard Strauss, Ravel, and Prokofiev. It was during the war that Ludwig, an volunteer in the Austrian artillery, complete the Tractatus shortly before he was captured and taken prisoner. Always an ascetic, he gave away his inheritance, relying on the generosity of his Cambridge champions, Russell and John Maynard Keynes, to secure academic employment for him, living frugally and in later life being cared for by his disciples.

You know from the moment you open the Tractatus that it is something special. each left-hand page is in German, facing its English translation on the right, and the sentences are numbered , using a hierarchical system that tells you this is a formal proof. The book begins straightforwardly enough: “1. The world is everything that is the case”. (In German, it makes a memorable rhyming couplet: Die Welt ist alles, was der Fall ist). And it ends with an ending to end all endings: “7. Whereof one cannot speak, thereof one must be silent”.

In between, there is some tough sledding. Wittgenstein draws a distinction between what can be said, using words, and what can only shown, and this raises the inevitable question: Does the Tractatus, as a text, say things that can’t be said? Maybe. The next-to-last proposition is a famous shocker: “6.54. My propositions are elucidatory in this way: he who understands me finally recognizes them as senseless, when he has climbed out through them, on them, over them. (He must so to speak throw away the ladder, after he has climbed up on it). He must surmount these propositions; then he sees the world rightly”.

Did this mean that the wonderful dream of logical atomism – a science of meanings – was hopeless? Or that there was much less to be said than one might have thought? Or what?

When Wittgenstein returned to philosophy in 1929, it was with the message that the rigorous methods of pure logic could get no grip on the problems of philosophy: “We have got onto slippery ice where there is no friction and so in certain sense the conditions are ideal, but also, just because of that, we are unable to walk. We want to walk: so we need friction. Back to the rough ground!” Where before he had favored explicit logical rules, now he spoke of language games, governed by tacit mutual understanding, and he proposed to replace the sharp boundaries of set theory with what he called family resemblances. “Philosophy is a battle against the bewitchment of our intelligence by means of language”, he declared, and language bewitches us by enticing us to concoct “theories” to solve philosophical problems that arise only “when language goes on holiday”.

Wittgenstein set out in particular to subvert the seductive theories about mind and consciousness that philosophers since Descartes had puzzled and battled over. Again and again in Philosophical Investigation, he catches his interlocutors in the act of being suckered by their overconfident intuitions about what their words mean – wjat their words must mean, they think – when they talk about what’s going on in their own minds. As he says, “The decisive moment in the conjuring trick has been made, and it was the very one that we thought quite innocent”. (Today’s neuroscientists fall into these same traps with stunning regularity, now that they have begun trying to think seriously about consciousness. Unfortunately, Wittgenstein’s work has not been appreciated by many scientists). But didn’t his own antidote to such theories constitute a theory of mind? That is just one of many quandaries and paradoxes he has left behind for posterity. 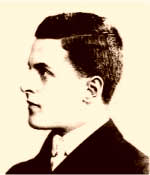 In 1939, Wittgenstein’s Cambridge seminar on the foundations of mathematics included a brilliant young mathematician, Alan Turing, who was giving his own course that term on the same topic. Turing too had been excited by the promise of mathematical logic and, like Wittgenstein, had come to see that it had limitations. But in the course of Turing’s formal proof that the dream of turning all mathematics into logic was strictly impossible, he had invented a purely conceptual device – now known as a Universal Turing Machine – that provided the logical basis for the digital computer. And whereas Wittgenstein’s dream of universal ideal language for expressing all meanings had been shattered, Turing’s device actually achieved a somewhat different sort of universality: it could compute all computable mathematical functions.

Happily, in those days before tape recorders, some of the Wittgenstein’s disciples took verbatim notes, so we can catch a rare glimpse of two great minds addressing a central problem from opposite points of view: the problem of contradiction in a formal system. For Turing, the problem is a practical one: if you design a bridge using a system that contains a contradiction, “the bridge may fall down”. For Wittgenstein, the problem was about the social context in which human beings can be said to “follow the rules” of a mathematical system. What Turing saw, and Wittgenstein did not, was the importance of the fact a computer doesn’t understand rules to follow them. Who “won”? Turing came off as somewhat flatfooted and naive, but he left us the computer, while Wittgenstein left us… Wittgenstein.

Some will say that in the longest run, Wittgenstein’s legacy will prove to be the more valuable. Perhaps it will. Wittgenstein, like any other charismatic thinker, continues to attract fanatics who devote their life to disagreeing with one another (and, presumably, with my brief summary) about the ultimate meaning of his words. These disciples cling myopically to their Wittgenstein, not realizing that there are many great Wittgensteins to choose from. My hero is the one who showed us new ways of being suspicious of our own convictions when confronting the mysteries of the mind. The fact remains that one’s first exposure to either the Tractatus or Philosophical Investigations is a liberating and exhilarating experience. Here is a model of thinking so intense, so pure, so self-critical that even its mistakes are gifts.