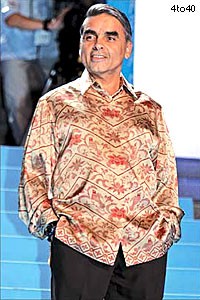 Kishore Mahbubani is Dean of the Lee Kuan Yew School of Public Policy at the National University of Singapore. He has served in the Singapore Foreign Service, and was posted as Singapore’s Ambassador to the UN and as President of the UN Security Council. He has been listed among the top 100 public intellectuals in the world by Foreign Policy and Prospect magazines. He is the son of immigrants from Pakistan.

Mahbubani is known to voice his opinion on the rise of the East and the decline of the West. He has criticised many US policies. “The country’s reputation today stands at a record low, and US-trained elites in Asia are among the country’s fiercest critics. They find Washington’s current incompetence stunning and are puzzled by its complacency… Having transformed the world, Americans today should be asking themselves whether and how they too need to adapt. Yet there are no signs that this process is taking place,” he wrote in an article.

Mahbubani says that the good news is that Asia wants to replicate, not dominate, the West. He believes that for a happy outcome to emerge, the West must gracefully give up its domination of global institutions, from the IMF to the World Bank, from the G7 to the UN Security Council. In order to avoid a “clash of civilizations,” Mahbubani believes that a great deal of self-reflection will be required by all concerned.