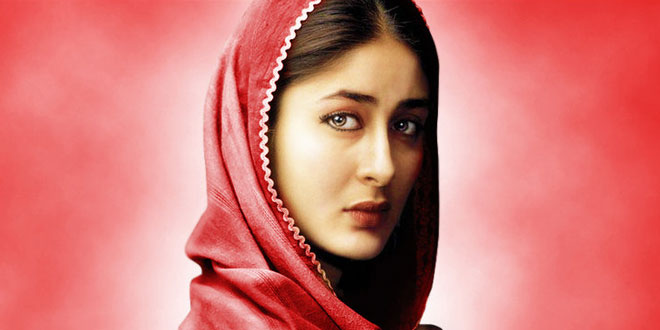 Kareena was born to Sindhi-speaking Babita (nee Shivdasani) and Punjabi-speaking Randhir Kapoor on September 21, 1980 in Bombay, India. She has an elder sister, Karisma.

As a child she studied in Jamnabai Narsee School in Juhu, Bombay, and thereafter was enrolled in Dehra Dun’s prestigious Welham Girls’ Boarding School. Then she re-located to Harvard for approximately 3 months to take a course in Information Technology and Microcomputers. Upon her return to India, she joined the Government Law College in Churchgate, Bombay, but left it after one year, to enroll in the Kishore Namit Kapoor Acting School.

Her dad, Randhir is very protective towards his daughters and wanted both of them to keep away from acting, get married, and settle down, as per the Kapoor family tradition. This led to irreconcilable differences between her parents, ultimately leading to a divorce, with both sisters leaving their dad to live with their mom.

After making her acting debut in the 2000 war film Refugee, Kapoor established herself in Hindi cinema with roles in the historical drama Aśoka, and the blockbuster melodrama Kabhi Khushi Kabhie Gham… (both 2001). This initial success was followed by a series of commercial failures and repetitive roles, which garnered her negative reviews. The year 2004 marked a turning point for Kapoor when she played against type in the role of a sex worker in the drama Chameli. She subsequently earned wide critical recognition for her portrayal of a riot victim in the 2004 drama Dev and a character based on William Shakespeare’s heroine Desdemona in the 2006 crime film Omkara. She went on to receive Filmfare Awards for Best Actress and Best Supporting Actress for her performances in the 2007 romantic comedy Jab We Met and the 2010 drama We Are Family, respectively. Kapoor achieved further success by featuring as the female lead in four of India’s top-grossing productions—the 2009 comedy-drama 3 Idiots, the 2011 romantic drama Bodyguard, the 2011 science fiction Ra.One, and the 2015 social drama Bajrangi Bhaijaan—and received praise for her roles in the 2009 thriller Kurbaan and the 2012 drama Heroine.

Married to actor Saif Ali Khan, Kapoor’s off-screen life is the subject of widespread coverage in India. She has a reputation for being outspoken and assertive, and is recognised for her contributions to the film industry through her fashion style and film roles. In addition to film acting, Kapoor is a stage performer and has contributed as a co-author to three books: an autobiographical memoir and two nutrition guides. She has also launched her own clothing line in association with the retail chain Globus.

Kapoor has received six Filmfare Awards out of ten nominations. For her role in Refugee, Kapoor was awarded the Best Female Debut in 2000. She earned a special jury recognition for Chameli (2003), and two Critics Award for Best Actress for Dev (2004) and Omkara (2006). Kapoor later received the Best Actress and Best Supporting Actress for Jab We Met (2007) and We Are Family (2010) respectively.