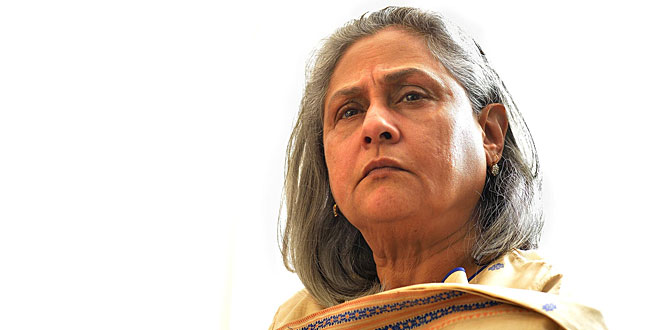 She was born as the daughter of Indira and Taroon Kumar Bhaduri. She did her schooling from St. Joseph’s Convent school, Bhopal. She is an alumna of the Film and Television Institute of India, Pune. On June 3, 1973, she tied her wedding knots with the famous Bollywood actor Amitabh Bachchan. The couple has two children, namely Shweta Bachchan-Nanda and Abhishek Bachchan. Abhishek is also a great actor.

When Jaya was fifteen, she was offered a small role to play in the Bengali film Mahanagar produced by Satyajit Ray. Her next movie Guddi, which was in Hindi, was a big hit in the box office. In this film, she was portrayed as a school girl, who had a major crush on the superstar Dharmendra. She was simply obsessed about him. Thereafter, she signed plenty of films like Jawani Diwani, Uphaar, Anamika and many more.

Jaya Bhaduri Bachchan at a later stage began taking interest in the politics of the country. She was a part of the Samajwadi Party and also has been a Member of Parliament. There has been a lot of controversy regarding her holding the position of profit side by side with the post of MP.