Jahangir (20 September 1569 – 8 November 1627) was the ruler of the Mughal Empire from 1605 until his death. The name Jahangir is from Persian, meaning “Conqueror of the World”. Nur-ud-din or Nur al-Din is an Arabic name which means “Light of the Faith.” Born as Prince Muhammad Salim, he was the third and eldest surviving son of Mogul Emperor Akbar. Akbar’s twin sons, Hasan and Hussain, died in infancy. His mother was the Rajput Princess of Amber, Jodhabai (born Rajkumari Hira Kunwari, eldest daughter of Raja Bihar Mal or Bharmal, Raja of Amber, India).

Jahangir was a child of many prayers. It is said to be by the blessing of Shaikh Salim Chishti (one of the revered sages of his times) that Akbar’s first surviving child, the future Jahangir, was born. The child was named Salim after the dervish and was affectionately addressed by Akbar as Sheikhu Baba.

Akbar developed an emotional attachment with the village Sikri (abode of Chishti). Therefore, he developed the town of Sikri and shifted his imperial court and residence from Agra to Sikri, later renamed as Fatehpur Sikri. Shaikh Salim Chishti’s daughter was Jahangir’s foster mother, this was gesture of respect and gratitude to the Shaikh. Jahangir’s foster brother Nawab Kutb-ud-din Khan was private secretary to the emperor Jahangir and afterwards governor of Bengal. Nawab Kutb-ud-din Khan’s son Nawab Mohtashim Khan was granted by Jahangir 4,000 bigas of land in Badaun District (United Provinces) where he built a small fort named Sheikhupur, Badaun after Jahangir, who was called Sheikhu-baba in his childhood.

In 1600, when Akbar was away from the capital on an expedition, Salim broke into an open rebellion, and declared himself Emperor. Akbar had to hastily return to Agra and restore order. There was a time when Akbar thought of putting his eldest grandson Khusrau Mirza on the throne instead of Salim. Prince Salim forcefully succeeded to the throne on 3 November 1605, eight days after his father’s death. Salim ascended to the throne with the title of Nur-ud-din Muhammad Jahangir Badshah Ghazi, and thus began his 22-year reign at the age of 36. Jahangir soon after had to fend off his son, Prince Khusrau Mirza, when he attempted to claim the throne based on Akbar’s will to become his next heir. Khusrau Mirza was defeated in 1606 and confined in the fort of Agra. As punishment Khusrau Mirza was blinded, and the Sikh Guru Arjan Dev (the religious fifth guru) tortured for five days until he had disappeared while taking a bath in a river—for giving the then fugitive Khusrau Mirza money when he visited Guru Arjan. Jahangir’s rule was characterized by the same religious tolerance as his father Akbar, with the exception of his hostility with the Sikhs, which was forged so early on in his rule.

In 1622, Khurram (Shah Jahan), younger brother of Khusrau Mirza, had Khusrau murdered in a conspiracy to eliminate all possible contenders to the throne. Jahangir began his era as a Mughal emperor after the death of Akbar in the year 1605. He considered his third son Prince Khurram (future Shah Jahan-born 1592 of Hindu Rajput princess Manmati), his favourite. Rana of Mewar and Prince Khurram had a standoff that resulted in a treaty acceptable to both parties. Khurram was kept busy with several campaigns in Bengal and Kashmir. Jahangir claimed the victories of Khurram – Shah Jahan as his own. Taking advantage of this internal conflict, the Persians seized the city of Kandahar and as a result of this loss, the Mughals lost control over the trade routes to Afghanistan, Persian and Central Asia and also exposed India to invasions from the north-west.

Salim was made a Mansabdar of ten thousand (Das-Hazari), the highest military rank of the empire, after the emperor. He independently commanded a regiment in the Kabul campaign of 1581, when he was barely twelve. His Mansab was raised to Twelve Thousand, in 1585, at the time of his betrothal to his cousin Manbhawati Bai, daughter of Bhagwant Das of Amber. Raja Bhagwant Das, was the son of Raja Bharmal and the brother of Akbar’s wife Rajkumari Hira Kunwari, also known as Mariam Zamani.

The marriage with Manbhawati Bai took place on 13 February 1585. Manbhawati gave birth to Khusrau Mirza. Thereafter, Salim was allowed to marry, in quick succession, a number of accomplished girls from the aristocratic Mughal and Rajput families. One of his favourite wives was a Rajput Princess, known as Jagat Gosain and Princess Manmati, who gave birth to Prince Khurram, the future Shah Jahan, Jahangir’s successor to the throne. The total number of wives in his harem was more than eight hundred.

Jahangir married the extremely beautiful and intelligent Mehr-ul-Nisa (better known by her subsequent title of Nur Jahan), in May 1611. She was the widow of Sher Afghan. She was witty, intelligent and beautiful, which was what attracted Jahangir to her. Before being awarded the title of Nur Jahan (’Light of the World’), she was called Nur Mahal (’Light of the Palace’). Her abilities are said to range from fashion designing to hunting. There is also a myth that she had once killed four tigers with six bullets. 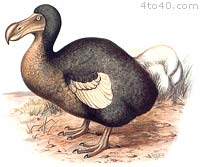 He had other scientific interests. For instance, he once conducted an experiment to show that the air of Mahmudabad (Gujarat) was healthier than that of Ahmedabad. He also used to record solar and lunar eclipses. When a comet made its appearance, he recorded the growth and decay of its tail. He was also responsible for the cultivation of high altitude trees such as cypress, juniper, pine and Javanese sandals on the plains.

The Emperor had several famous painters in his court. Whenever he came across a rare animal, bird or plant, he used to summon an artist and ask him to draw it. The painter who excelled in this art was Ustad Mansur, given the title of Nadiru’l-Asr. For modern naturalists Jahangir’s collection of paintings is a live catalogue. It provides a strikingly accurate description of the natural history of the day. Unfortunately, most of the paintings did not remain in the land. With the disintegration of the Moghul empire, foreign adventurers looted this treasure. Most of the portraits thus lost are those flowers, plants and trees.

He was trying to restore it by visiting Kashmir and Kabul. He went from Kabul to Kashmir but returned to Lahore on account of a severe cold.

Jahangir died on the way back from Kashmir near Sarai Saadabad in 1627. To preserve his body, the entrails were removed and buried in the Chingus Fort, Kashmir. The body was then transferred to Lahore to be buried in Shahdara Bagh, a suburb of Lahore, Punjab. He was succeeded by his third son, Prince Khurram who took the title of Shah Jahan. Jahangir’s elegant mausoleum is located in the Shahdara locale of Lahore and is a popular tourist attraction in Lahore.