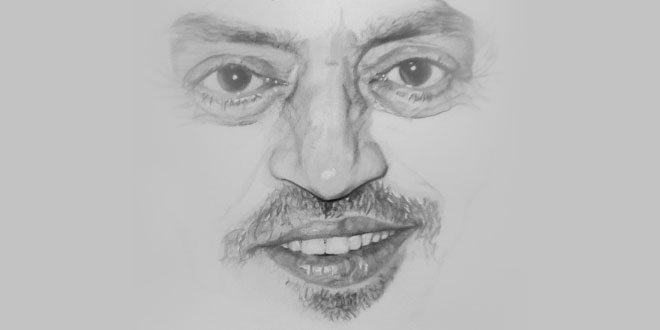 Sahabzade Irrfan Ali Khan, also popularly known as Irrfan Khan is an Indian actor, known for his work predominantly in Hindi cinema, as well as his works in British films and Hollywood.

Irrfan Khan was born and brought up in Jaipur, India. He was born into a Muslim Nawab family. He was studying for his M.A. degree when he earned a scholarship to study at the National School of Drama (NSD) in New Delhi in 1984.

After graduating in 1987, Khan moved to Mumbai, where he acted in numerous television serials like ‘Chanakya’, ‘Sara Jahan Hamara’, ‘Banegi Apni Baat’ and ‘Chandrakanta’ (Doordarshan) and ‘Star Bestsellers’ (Star Plus), Sparsh etc.

He was the main villain in a series called Darr (which aired on Star Plus), where he played the role of a psycho serial killer, opposite Kay Kay Menon. He also played the role of the famous revolutionary Urdu poet and Marxist political activist of India Makhdoom Mohiuddin in Kahkashan produced by Ali Sardar Jafri.

He acted in some of the episodes of Star Bestsellers (aired on Star-Plus). In one of the episodes, his role was of a shopkeeper who has a misconception that his landlord’s wife was trying to seduce him & it turns out that his own wife (Tisca Chopra) was cheating on him.

In the other one, he played the role of an office-accountant who, after been insulted by his lady-boss, took revenge by making her mad. He also appeared in a serial called Bhanvar (aired on SET India) in two episodes. In one episode, he performed the role of a thug who somehow landed in a court, where he presented himself as a lawyer.

Theatre and television kept him afloat until Mira Nair offered him a cameo in Salaam Bombay (1988) though his role was edited out in the final film.

In the 1990s, he appeared in the critically acclaimed film Ek Doctor Ki Maut and Such a Long Journey (1998) and various other films which went unnoticed.

After many unsuccessful films, things changed when London-based director Asif Kapadia gave him the lead in The Warrior, a historical film completed in 11 weeks on the locals in Himachal Pradesh and Rajasthan. In 2001, The Warrior stormed in international film festivals, making Irrfan Khan a known face, world over.

In 2003, he acted in Indian born writer-director, Asvin Kumar’s short film, Road to Ladakh. After the film received rave reviews at international festivals, the film was made into a full length feature, again starring Irrfan Khan. That same year he played the title role in the critically acclaimed Maqbool, an adaptation of Shakespeare’s Macbeth.

His first Bollywood main lead role came in 2005 with the film Rog. Thereafter, he appeared in several films either playing the leading role or a supporting role as a villain. In 2004, he won the Filmfare Best Villain Award for his role in the film Haasil.

In 2007, he appeared in the box office hits Metro, for which he received a Filmfare Best Supporting Actor Award, and The Namesake, which was a hit overseas. They were closely followed by his appearance in the international films A Mighty Heart and The Darjeeling Limited.

Even after becoming a successful actor in Bollywood, he has not severed his ties with television. He used to anchor a show ‘Mano Ya Na Mano’ (aired on Star One). He had hosted another programme called “Kya Kahen” which was on the similar lines of Mano Ya Na Mano based on superstition and extra sensory perception.

In 2008, he featured as a narrator in an Arts Alliance production, id – Identity of the Soul. The performers toured worldwide, where tens of thousands turned out to see the event as it toured the West Bank. He also played the police inspector in the 2008 film Slumdog Millionaire, for which he won the Screen Actors Guild Award for Outstanding Performance by a Cast in a Motion Picture.

His international recognition came when he portrayed the role of a Non Resident Bengali Professor in the USA in the lead role of the English movie “The Namesake” directed by Mira Nair. This movie was critically acclaimed by every important US newspaper. After this movie, he was a recognizable actor abroad. In fact, Khan was unknown there until this movie made him a household name in India.

Khan is married to writer Sutapa Sikdar who’s also an NSD graduate and they have a son named Babil. On March 16, 2018, Khan announced through a Twitter post that he is suffering from neuroendocrine tumour. He also said that he will be travelling abroad for his treatment.

He sought treatment in the UK for a year, returning in February 2019.

He was admitted to Mumbai’s Kokilaben Dhirubhai Ambani Hospital on 28 April 2020, where he started receiving treatment for a colon infection. He died the following day at age 53, from the infection.

Celebrating The Life Of Irrfan Khan!