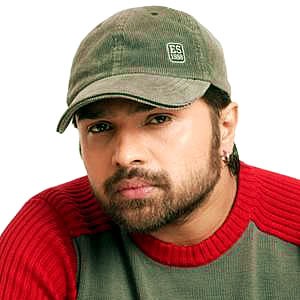 Himesh Reshammiya was born on 23 July 1973 and is the son of Vipin Reshammiya & Madhu Reshammiya. He struggled for many years in the industry as a music director, few albums of his have been sucessful as a music director and one of them is Tere Naam but he was never truly successful as a music director but it was when he started singing with ‘Aashiq Banaya Aapna’ that he truly became the Rage of the nation and his songs like ‘tera Suroor’,’Zara Jhoom Jhoom’ and ‘tanhaiyan’ became rage songs and created history as the people just could not stop listening to these songs. He is regarded as the most famous singer in India with a mass following of more than a billion people and his albums and music cds are the highest selling music cds in India. He then started acting, his first movie was successful but people are yet to accept him as an actor, even after two movies of his not doing well at the box office, he has not given up and is coming back with Kajraare which is releasing on August 6,2010.

Himesh Reshammiya was actively involved in mentoring and judging the popular singing competition on Zee TV’s Sa Re Ga Ma Pa Challenge. His group was called “Rock” Gharana. His slogan for the show was “Jai Matadi, Lets Rock”. He was the winning mentor of Sa Re Ga Ma Pa Challenge 2007, the winner being Aneek Dhar from Kolkata. He also excelled in Sa Re Ga Ma Pa Challenge 2009, as Vaishali Made, a female contestant from his “Rock” Gharana, won the competition. He produced many serials. Among these are “Amar Prem” and “Andaaz” on Zee TV. The title song of both the serials was composed by him. He also has given 36 hit songs in 2006, which are unforgettable and famous throughout the country. He is a team captain, judge and mentor on the STAR Plus’s Music Ka Maha Muqqabla for the team Himesh’s Warriors. His slogan for the show is “Jai Matadi,Jai Hindustan”.

His career as an actor is yet to take off, with his previous films having been extremely poorly received by critics and also having tanked at the box office. In his debut film as an actor, Aap Kaa Surroor – The Real Luv Story, Himesh Reshammiya added a song Tanhaiyaan from Boney Kapoor’s proposed film Milenge Milenge. Initially, Himesh Reshammiya had composed the song for Kapoor’s film but later decided to use it for his own movie. Tips, which held the audio rights of Milenge Milenge, accused Reshammiya of copyright violation, as audio rights for Aap Kaa Surroor – The Real Luv Story were acquired by T-Series. However, Himesh Reshammiya defended himself saying that he had made Kapoor listen to the song, but it wasn’t included in Milenge Milenge. He also claimed to have tried to get in touch with Kapoor for seven months, and since there was no progress on the film, he decided to use the song for his own movie. In June 2007, they reconciled their differences after Himesh Reshammiya apologized.

Main article: List of awards and nominations received by Himesh Reshammiya Himesh Reshammiya won the Filmfare Best Male Playback Award for “Aashiq Banaya Aapne”. This was his first and most successful song sung by him in the year 2005. He is the only music director in Bollywood to get Filmfare Best Male Playback Award. He also received several nominations for his music direction.

Himesh is married to Komal. They have a son, named Swayam. His family is media shy and there are no pictures of them available.

Share
Previous What is incognito browsing?
Next What is intexticated?