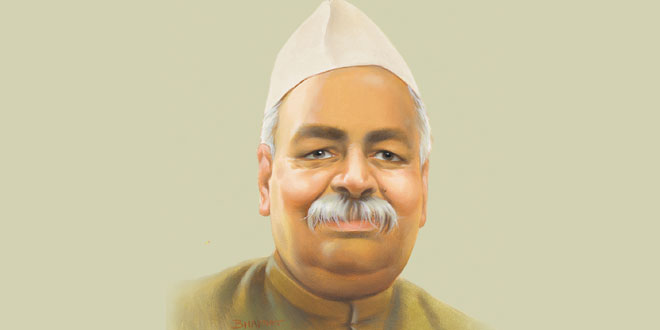 Pandit Govind Ballabh Pant was a renowned Indian freedom fighter and one of the makers of modern India. He served as the Union Home Minister in Jawaharlal Nehru‘s cabinet and tackled the critical issues plaguing the newly independent nation with great elan. Govind Ballabh Pant began his career as a lawyer. His patriotic feelings were ignited after listening to a speech by Gopal Krishna Gokhale. Alongside other notable statesmen like Mahatma Gandhi, Jawaharlal Nehru and Sardar Vallabh Bhai Patel, he was an important figure in the struggle for India’s Independence. He actively took part in the Non-cooperation movement, the Civil Disobedience movement and the Satyagraha movement and as a result was imprisoned several times. After India’s independence, he became the first Chief Minister of Uttar Pradesh. He made his mark by abolishing the zamindari system and stablising the economic condition of the state. After his nearly five year long stint as the chief minister, Prime Minister Jawaharlal Nehru inducted him in his cabinet as Union Home Minister. As Home Minister, he played a key role in the re-organisation of States along linguistic lines and in establishing Hindi as the official language of India. An effectual public speaker, he could influence his audience by his impressive diction and force of argument. For his services towards the nation, he was honored with the India’s highest civilian award, the Bharat Ratna.