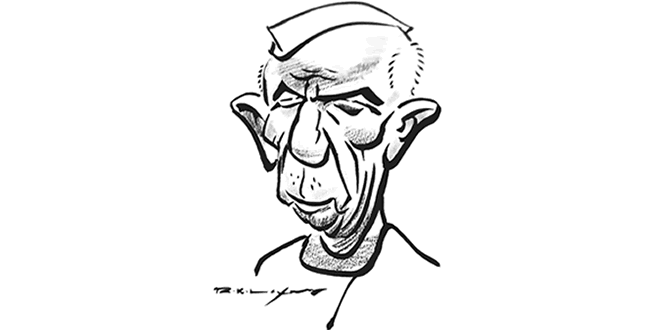 A poverty stricken childhood did not destroy Charan Singh’s winning instincts – this in spite of growing up in conditions of extreme scarcity. Charan Singh belonged to the Jat community and established his political base in Western Uttar Pradesh and Haryana. After leading Bhartiya Lok Dal – that made for a major part of the Janatha coalition – he was appointed as the Deputy Prime Minister in 1977. Later, Charan Singh was forced to quit the governing wing of the Bhartiya Lok Dal due to a few problems that sprung up in the government. However, he proved his capabilities when, with the support of just sixty four MPs, he was sworn in as the Prime Minister in 1979. He led the country for just a few months but continued to lead the Bhartiya Lok Dal till his last breath. As the Prime Minister of India, Charan Singh was forced to step down due to the withdrawal of support by the Indian National Congress. A memorial was made for him in New Delhi which was called the Kisan Ghat, thus paying tribute to all the farming communities that he helped.

Charan Singh was born in the year 1902 in Noorpur which falls within the boundaries of the Meerut district of Uttar Pradesh. He belonged to an extremely poor peasant family which descended from the kinsmen of a prominent freedom fighter of the 1857 revolt. Not many people know this but as a youngster, he excelled in academics at all stages.

With a clean record in academics, in the year 1925, Charan Singh got his master’s degree in Arts. He then acquired a degree in law in the year 1926 post which he decided to join the Indian National Congress. In 1929, Charan Singh shifted to Meerut and joined the Congress. He was first elected to the U.P. Legislative Assembly in 1937 from Chhatrauli and represented this constituency repeatedly in 1946, 1952, 1962 and 1967. The year 1951 saw Charan Singh being made the Cabinet Minister of U.P., with the Departments of Justice and Information being handed over to him. Due to a split in the Congress, he was chosen as the Chief Minister of U.P. in 1970. He was known for being an extremely gifted parliamentarian and a level-headed pragmatist. He was responsible for bringing the Land Holding Act 1960 during his reign as Chief Minister for he was an extremely dedicated public worker and a staunch believer in social justice. Charan Singh authored several books including ‘Abolition of Zamindari’, ‘Co-operative Farming X-rayed’, ‘India’s Poverty and its Solution’, ‘Peasant Proprietorship or Land to the Workers’ and ‘Prevention of Division of Holdings below a Certain Minimum’. In the year 1979, Charan Singh was chosen as the Prime Minister of India, although his reign did not last for too long owing to lack of support from the INC (Indian National Congress).

Charan Singh, under the influence of Mahatma Gandhi, joined the freedom struggle in his initial days as a politician. Later, in 1952, he was made the Revenue Minister of Uttar Pradesh and one of his major contributions includes steps taken against the Zamindari system which also helped bring about the Land Reform Acts.

Charan Singh was a strong opponent of Nehru‘s socialism which made him fall out with the Congress. He left the Congress in 1967 to form his own independent party known as the Bharatiya Lok Dal (BLD). He then became the Parliamentary Secretary in Pandit Govind Ballabh Pant’s government and in the year 1951, he was made Cabinet Minister with full charge of the Departments of Justice and Information under him. Later, he took over as the Minister for Revenue and Agriculture in the Cabinet of Dr. Sampurnanand.

In Shri C.B. Gupta’s ministry he was made the Minister for Home and Agriculture (1960). Charan Singh also served as Minister for Agriculture and Forests (1962-63) in Smt. Sucheta Kripalani’s ministry. He gave up the Department of Agriculture in 1965 and assumed charge of the local self-government department in 1966. After the Congress split, he became the Chief Minister of U.P. in February 1970 with the support of the Congress Party. However, President’s rule was imposed in the State on October 2, 1970 and his authority was diluted.

Charan Singh served Uttar Pradesh in various capacities and won himself the reputation of a taskmaster who would not tolerate disorganization, favoritism and dishonesty in his administration.

He died on the 29th of May, 1987 after adding his own twist to the world of politics.