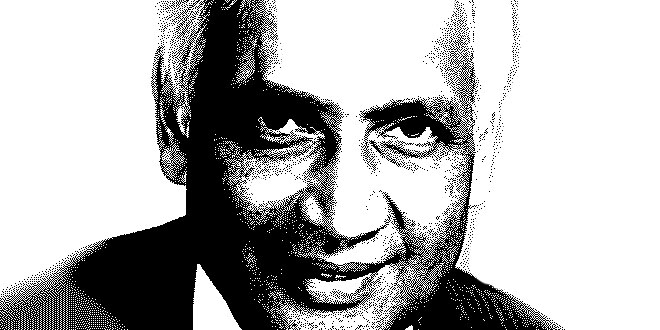 Chandra Kumar Naranbhai Patel — Laser is the acronym for “light amplification by stimulated emission of radiation”. Though it is like ordinary light, laser is far different. In the filament of a bulb, the atoms gain electric energy and release it in the form of light. The atoms in this case behave like a crowd whose footsteps are not in order. In the case of laser, the atoms are “stimulated” or forced to behave like an army battalion. Their footsteps are in perfect order.

Laser is, therefore, light of highly ordered type. It is packed with tremendous energy, unlike ordinary light. Laser is called solid, liquid or gas laser depending on whether its source for atoms is solid, liquid or gas. In the case of gas laser, the atoms or molecules of the gas or gases are “stimulated” to generate laser light. This type of laser was invented in 1960. It could produce “pure” and sharp laser beams. It had, however, the drawback that it was not powerful enough for use in daily life. It was only after the invention of the highly powerful carbon dioxide laser that laser found applications in several branches of science and technology. Now laser can generate enough power to cut a steel plate in seconds.

Carbon dioxide laser was invented by Chandra Kumar Naranbhai Patel, now Director of the Physical Research Laboratory, Bell Laboratories, USA. In 1974 he was the youngest scientist to be elected to the US National Academy of Sciences. Besides, he is the recipient of the Ballantine Medal, the Zworykin Award and the Lamme Medal.

He was born on July 2, 1938, at Baramati, near Pune. From his childhood young Patel was eager to know how things worked. Whenever any gadget was to be repaired in the house he used to pounce upon it. After dismantling it he used to reassemble it. He always did a neat job, his father says.

After a brilliant record in school, Patel joined the Engineering College in Pune. In 1958 he did his B.E. in telecommunications, securing the highest marks and winning the P.R. Bastikar Prize of the University of Pune. He went to the USA for higher studies and at the age of 23 he took a Ph.D. in electrical engineering from Stanford University. The same year he joined Bell Laboratories.

Patel’s invention has found applications in several fields. Not only does it generate a powerful light, but most of the light generated is in the invisible infrared range. As the atmosphere absorbs infrared very slightly as compared to ordinary light, this laser light can be used to send messages over the earth and in space. Patel has also shown that it can also be used to detect atmospheric pollution. It has proved to be a powerful tool in the study of gases, liquids and solids.