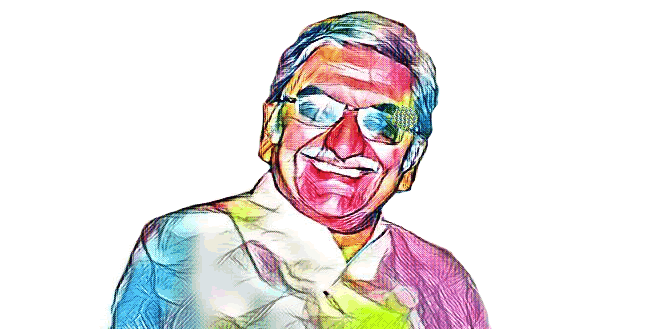 Anil Wilson’s father, M. M. Wilson, was a school Headmaster in Gorton Mission School Kotgarh, Shimla, Himachal Pradesh. Anil Wilson was educated by the Irish Christian Brothers at St Edward’s School, Shimla. He graduated from Panjab University, later earning a Masters degree in English Literature from the Centre for Post Graduate Studies, Shimla. He was selected by the Public Service Commission to work in the lecturers cadre in Colleges in Manddi Himachal Pradesh. During his early years as lecturer he went on to obtain his M.Phil and his Ph.D. He was awarded Ph.D. on his dissertation on the nobel laureate, Isaac Bashevis Singer’s fiction titled “The Art and Vision of Isaac Bashevis Singer: An Interpretation”.

In January 1991 he was selected to head St. Stephen’s College, Delhi. Wilson was the eleventh Principal of the prestigious institute and the first to have been appointed without prior teaching experience at the same college. Throughout his tenure as Principal, however, he continued to serve as a lecturer in English to all three years of the undergraduate honours programme.

In 1996 he was appointed Pro Vice-Chancellor of the Himachal Pradesh University where he also officiated as the Vice Chancellor, but before he could complete his term there he was recalled by St. Stephen’s College. He was later appointed as regular vice chancellor of Himachal Pradesh University, Shimla in 2007. He continued in this position until January 2008, when he had to quit on account of his failing health.

Wilson was diagnosed with pancreatic cancer in October 2008. He donated his organs for further medical research on the disease. He died on 25 June 2009 and was buried at the Nicholson Cemetery in Delhi. He was survived by his mother Mrs. D Wilson, wife Rita (an educationist herself), son Amit, daughter-in-law Pooja and daughter Aparna.