The name echoes through the language: It doesn’t take an Einstein. A poor man’s Einstein. He’s no Einstein. In this busy century, dominated like no other by science – and exalting, among the human virtues, braininess, IQ, the ideal of pure intelligence – he stands alone as our emblem of intellectual power. We talk as though humanity could be divided into two groups: Albert Einstein and everybody else.

He discovered just by thinking about, the essential structure of the cosmos. The scientific touchstones of our age – the Bomb, space travel, electronics – all bear his fingerprints.

We may as well join him in 1905, when he was a patent office clerk in Bern, Switzerland – not the revered white-haloed icon of thousand photographs, but a confident twenty six year old with wavy black hair and droll, wide eyes. That year, in the spare time, he produced three world-shattering papers for a single volume (now priceless) of the premier journal Annalen der Physik . They were “blazing rockets which in the dark of night suddenly cast a brief but powerful illumination over an immense unknown region”, as the physicist Louis de Broglie said.

One offered the startling view that light comes as much in particles as in waves – setting the stage for generations of deep tension between granularity and smoothness in physicists’ view of energy and matter. Another discovered, imaginatively, the microscopic motion of molecules in a liquid – making possible to calculate their exact size and incidentally proving their very reality (many scientists, as the century began, still doubted that atoms existed). And the third – well , as Einstein said in a letter to a friend, it “modifies the theory of space and time”. Ah, yes. Relativity.

The time had come. The Newtonian world view was fraying at the edges. The nineteenth century had pressed its understanding of space and time to the very limit. Everyone believed in the ether, that mysterious background substance of the whole universe through which light waves supposedly traveled, but where was the experimental evidence for it? Nowhere, as Einstein realized. He found it more productive to think in terms of utterly abstract frames of reference – because these could move along with moving observer. Meanwhile, a few imaginative people were already speaking of time in terms of fourth dimension – H. G. Wells, for example, in his time-obsessed science fiction. Humanity was standing on the brink, ready to see something new. 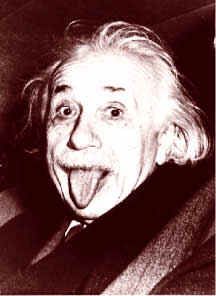 All this was shocking and revolutionary and yet strangely attractive, to the public as well as to scientists. The speed of light; the shifting perspective of the observer – it was heady fare. A solar eclipse in 1919 gave English astronomer Arthur Eddington the opportunity to prove a key prediction of relativity: that starlight would swerve measurably as it passed though the heavy gravity of the sun, a dimple in the fabric of the universe. Light has mass. Newspapers and popular magazines were wild. More than a hundred book on relativity appeared within a year. Einstein claimed to be the only person in his circle not trying to win a $5,000 Scientific American Prize for the best three-thousand-word summary (”I don’t believe I could do it”).

The very name relativity fueled the fervor, for accidental and wholly unscientific reasons. In the new age, recovering from a horrible war, looking everywhere for originality and novelty and modernity, people could see that absolutism was no good. Everything had to be looked at relative to everything else. Everything for humanity’s field of vision was expanding rapidly outward, to planets, starts, galaxies.

Einstein had conjured the whole business, it seemed. He did not invent the “thought experiment”, but he raised it to high art: imagine twins, wearing identical watches; one may stay home, while the other moving in a spaceship near the speed of light… Little wonder that from 1919, Einstein was – and remain today – the world’s most famous scientist.

In his native Germany he became a target for hatred. As a Jew, liberal, a humanist, he attracted the enmity of nationalists and anti-Semites, abetted by a few jealous German physicists – an all too vigorous faction that Einstein called, while it was still possible to find this amusing, “the Antirelativity Theory Company Ltd.” His was now a powerful voice, widely heard, always attended to, especially after he moved to the U.S. He used it to promote Zionism, pacifism, and in his secret letter 1939 letter to Franklin D. Roosevelt, the construction of a Uranium bomb.

Meanwhile, like any demigod, he accreted bits of legend: that he flunked math in school (not true). That he opened a book and found an uncashed $1,500 check he had left as a bookmark (maybe – he was absentminded about everyday affairs). That he was careless about socks, collars, slippers… that he couldn’t work out the correct change for the bus… that he couldn’t even remember his address” 112 Mercer Street in Princetown, New Jersey, where he finally settled , conferring an aura of scientific brilliance on the town, the university, and the Institute for Advanced Study.

He died there in 1955. He has never accepted the strongest paradoxes of quantum mechanics. He found “intolerable”, he said, the idea was subatomic particles would not obey the law of cause and effect, or that the act of observing one particle could instantly determine the nature of another halfway across the universe. He could never achieved what he considered a complete, unified field theory. Indeed, for some years he had watched the burgeoning of physics, from a slight remove. He had lived, he said, “in that solitude which is painful in youth but delicious in the years of maturity.”

And after the rest of Einstein had been cremated, his brain remained, soaking for decades in a jar of formaldehyde belonging to Dr. Thomas Harway, the Princeton Hospital pathologist. N o one had bothered to dissect the brain of Freud, Stravinsky, or Joyce, but in the 1980s, bits of Einstein gray matter were making the rounds of certain neurobiologists, who thus learned…absolutely nothing. It was just a brain – the brain that dreamed a plastic fourth dimension, that banished the ether, that released the pins binding us to absolute space and time, that finally declared itself “satisfied with the mystery of life’s eternity and with a knowledge, a sense, of the marvelous structure of existence.”

In embracing Einstein, our century took leave of a prior universe and an erstwhile God. The new versions were not so rigid and deterministic as the old Newtonian world. Einstein’s God was no clockmaker, but he was the embodiment of reason in the nature, but he was the embodiment of reason in nature – “subtle but malicious he is not”. This God did not control our actions or even sit in judgment on them. (”Einstein, stop telling God what to do”. Niels Bohr finally retorted.) This God seemed rather kindly and absentminded, as a matter of fact. Physics was freer, and we too are freer, in the Einstein universe. Which is where we live. 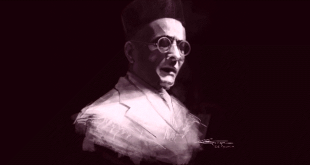