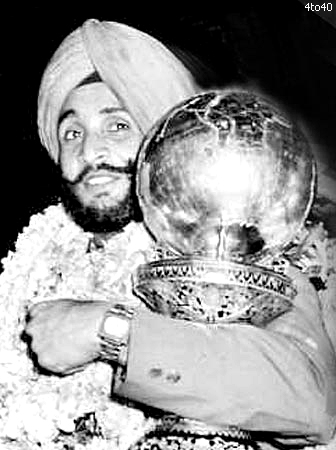 Ajit Pal Singh has been an Indian Hockey Player, and considered to be one of the most charismatic Center Halves the world of Hockey has ever seen. Apart from playing for the Indian Hockey team, he also led the team to wing the World Cup Hockey in 1975.

He was born on the 1st of April 1947 at Sansarpur, a small village near Jallandhar Cantonment of Punjab, which was famous as a breeding ground for the Hockey stars as this village had been home to a number of International Hockey players who had done the nation proud with their commendable performance in the game.