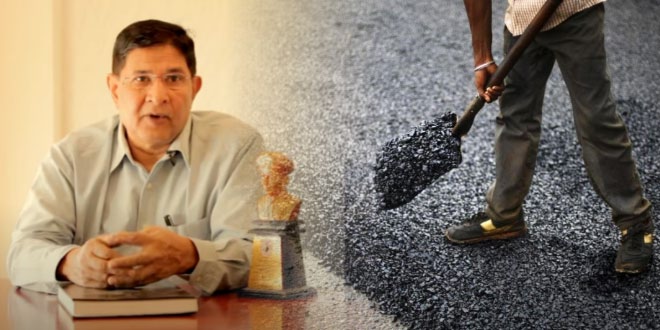 But Ahmed Khan, Founder of KK Plastic Waste Management, discovered a unique and an innovative way to use the waste to make better and stronger roads. 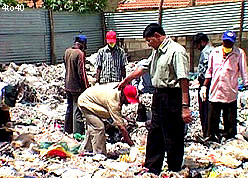 The plastic he collected has helped pave a 430-km stretch of road.

“It’s creating a lot of awareness. My younger brother and I had a lot of discussion on this issue of plastic being used to make roads,” says Khan.

Ahmed Khan’s work takes him to the dump yard everyday. There he uses his patented technology to mix tons of the city’s plastic waste with bitumen that’s used to construct roads.

The plastic acts a great binding agent to make roads last longer.The technology has also given the city a way to get rid of the 9,000 tons of plastic waste it generates every day.

“When we want to use these for road construction, we need to buy whatever comes and can’t stop anywhere. Even if PWD and others don’t purchase them, we have to stock all the plastic that comes in dump yard,” he says.

He tied up with the Bangalore Mahanagara Palike to use plastic in laying 40 per cent of the city’s roads.

Over five years and many monsoons later, his roads have survived the test.